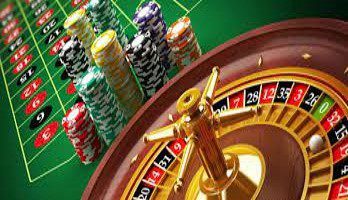 The Bermuda Gaming Commission (BGC) granted the island’s first casino license to the St. Regis Hotel, which opened on the east end 17 months ago.

However, no date has been set for the casino to open with several operational milestones to go through before the dice can start rolling.

Casinos were approved by parliament nearly nine years ago under the previous One Bermuda Alliance administration, but banks have been reluctant to support them.

“Bermuda’s legislative framework for licensing and opening a casino involves a three-step process,” the BGC said in a statement.

“The Commission has determined that the applicant has met the statutory fitness requirements for a license under the Gaming Act and its regulations.”

The statement states that the issuance of the license allows the applicant to take the necessary steps to comply with all legislative requirements to open the casino.

“These are mainly operational in nature which will include, but not be limited to, the establishment of the casino’s compliance committee, the finalization of internal controls to ensure compliance with the regulatory framework, the recruitment and training of employees , and the purchase, shipment, and installation of gaming equipment and systems.

“The opening date of the casino is entirely dependent on the casino operator meeting all legislative requirements for opening which will be subject to the review and approval of the commission. The commission continues to be prepared to fulfill its regulatory and supervisory responsibilities,” the statement added.

In January, the BGC said it hoped a casino would open in June.

Premier David Burt said Hotelco, the developer of the St. Regis Hotel in the parish of St George, submitted a formal application for a full casino license this summer.

The island’s oldest hotel, the Hamilton Princess, which opened in 1885, has officially announced plans to have a casino.