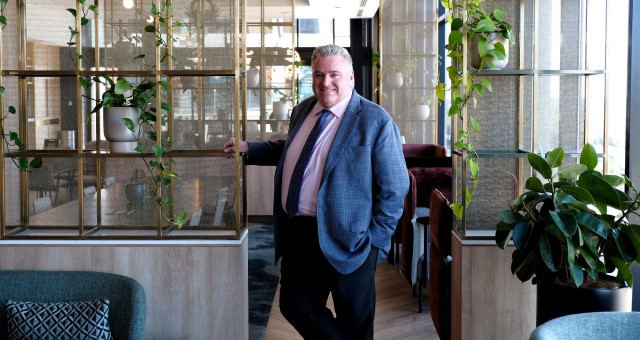 Meanwhile, Cian McClafferty has been appointed managing director of QT Canberra. Since joining EVENT in 2013, he has led the operations of flagships QT Sydney, QT Bondi and QT Queenstown. For the past three years, McClafferty served as general manager of Rydges Cronulla.

“QT is in an excellent position to continue to disrupt through innovation, remaining nimble through our commitment to delivering the unexpected,” he said.

“Our team of incredible talent is a testament to the unwavering strength of the brand. Each member brings invaluable knowledge to an already passionate and eclectic team that delivers our highly individualized signature service in our quirky luxury centers.

The Crowne Plaza Adelaide has also welcomed a new general manager to the team. Shaun Parsons joins the hotel after a 14-year tenure with the Marriott/Starwood group in the Middle East.

He believes there is a huge opportunity in South Australia in the coming years.

“This state has so much to offer. A tapestry of rich history, diverse cultures, engaging lifestyle, some of the best produce in the world, not to mention the best wine in the world,” he said.

Parsons has extensive hotel experience and strong restaurant skills which will be a great asset when it comes to managing Koomo, Adelaide’s tallest restaurant, and pool bar and cocktail bar , Luna10, both located on level 10 of the Crowne Plaza. Adelaide.

In 2006, he joined the Marriott/Starwood group in the Middle East where he held various positions, including that of Hotel Manager at the Mina Seyahi resort, which consists of two world-class 5-star resorts and a marina complex.

In his most recent role as Managing Director of multiple properties, Parsons oversaw six hotels in Dubai, including the 5-star Le Meridien Dubai hotel and conference center, Le Meridien Fairway and pre-opening responsibilities for Aloft and Element Garhoud and Aloft and Element Al Raffa. .

“I am very fortunate to join IHG and work at the new Crowne Plaza Adelaide, Adelaide’s third largest hotel with 329 rooms and located in the bustling East End, diagonally across from lot fourteen, close to the major attractions and within walking distance of arguably the most scenic sports arena in the world,” said Parsons.