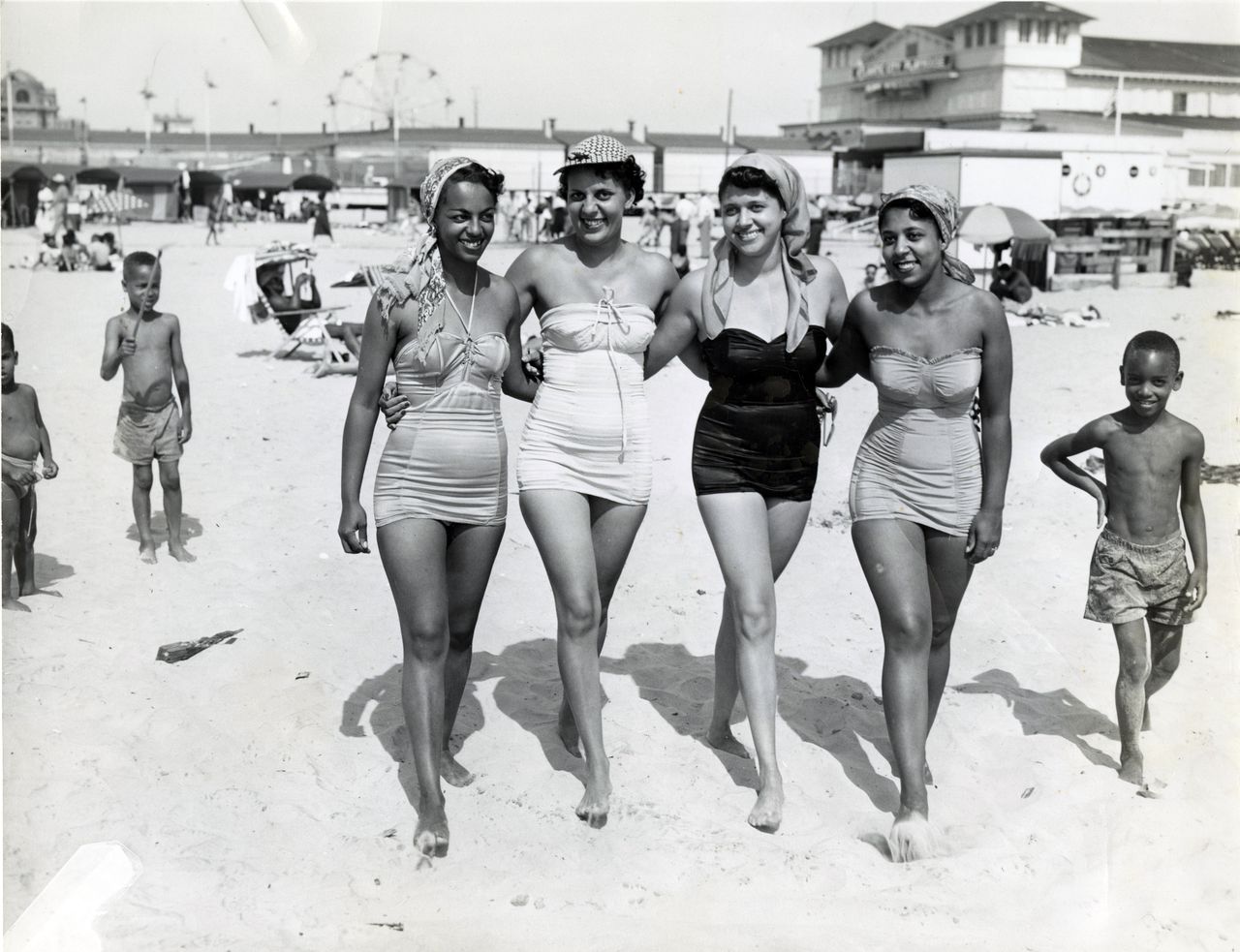 Atlantic City’s Chicken Bone Beach will be “re-created” during the NAACP National Convention. what was that?

It’s been nearly 60 years since the Civil Rights Act of 1964 was passed and Chicken Bone Beach transformed from a racially segregated beach to a public vacation destination on the Jersey Shore.

But the site’s legacy, which was bustling in a segregated Atlantic City during the Jim Crow era, lives on.

“What we’re going to do is host a private event, only available to convention registrants. We’ll have the whole beach with entertainment, jazz, a live DJ and remarks from dignitaries,” said Yolanda Melville, vice president of the NAACP of Atlantic City, who is scheduled to speak at the event.

More than 2,500 people are invited to the historic event, which will also include roped-off entries, live exhibits, screens showcasing beach history and fashion to honor black culture, said Henrietta Shelton, founder of the Chicken Bone Beach Historical Foundation. Next week’s beach “recreation” will include actors playing Sammy Davis, Jr. and other stars known to have frequented the town.

What is Chicken Bone Beach?

Atlantic City hotel owners in 1928 told city officials that because of the burgeoning black community, complaints from white guests were increasing.

“The issue of bathers of color has been addressed,” an Ambassador Hotel executive wrote to an official, according to the Atlantic City Free Public Library’s historical records. “The Georgia Avenue side of Convention Hall would be a logical location for colorful bathhouses.”

This is despite the black and white communities who have shared the beach for almost 80 years, from the founding of the resort town when the railroads finally met on the north and west shore.

Jim Crow racial segregation laws were never officially enacted in Atlantic City. However, local leaders sought “diplomatic measures,” according to a 1931 letter to a San Diego, California official who had sought advice. The letter is included in the historical archives of the Atlantic City Free Public Library.

“Leading members of our community have spoken to the leaders of the Negro race and told them that it is in the interests of all concerned that Negroes frequent the beach on which the colored lifeguards were placed,” indicates the letter. “…[T]The word seemed to be spreading among them…the right thing for them to do would be to frequent the aforementioned beach…No heavy-handed methods were used…and the matter was settled out of court through the use of diplomatic methods.

An area extending north of Missouri Avenue, city-owned beachfront property and close to Convention Hall, would be the area where “colored” lifeguards would be stationed. Hotels, restaurants, and bars soon sprang up to serve blacks, and an entertainment district revolving around Club Harlem attracted top black performers, including Sammy Davis, Jr., Louis Armstrong, Count Basie, and Duke Ellington.

“They couldn’t get into restaurants, so when people came from out of town and they didn’t know where they could go or what section they would be placed in a restaurant, they brought their own food” , Shelton said. , noting that chicken was a common choice, as evidenced by the bones often torn from the sand when the beaches cleared.

Shelton, who founded the Chicken Bone Beach Historical Foundation in the 1990s, said some took offense to the name. But eventually people made peace with it and used it to celebrate black culture and “make lemonade out of lemons,” she said.

A wood-framed plaque near the beach now reads, “This beach was designated as the exclusively African-American section of the beach during the segregation era. The beach attracted popular black artists, local residents, and tourists… With the passage of the Civil Rights Act of 1964, all beaches in Atlantic City were open to everyone.

Shelton’s foundation also sponsors a summer jazz concert series on Chicken Bone Beach and year-round youth programs. She said that in addition to giving attendees a glimpse into the beach’s past, she looked forward to hosting jazz musicians, including the Nat Adderley Jr. Quartet.

“We are very honored to be the organization that provides this kind of experience at the convention,” she said.

Our journalism needs your support. Please subscribe today to NJ.com.

The Alchemists of Accor – The Hindu BusinessLine