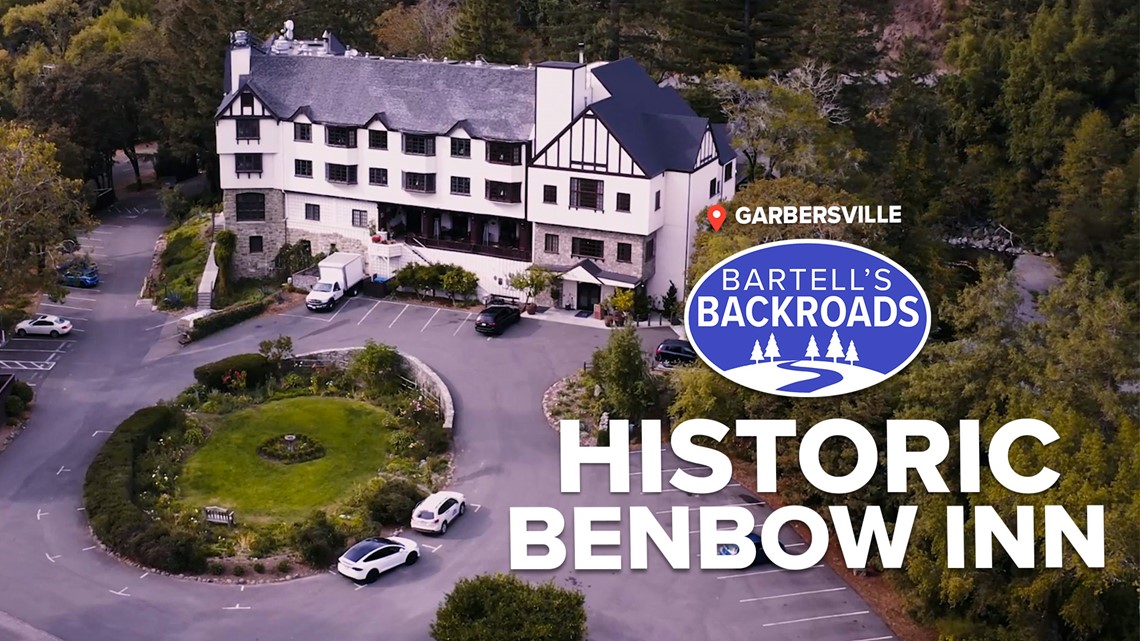 Built by nine brothers and sisters nearly a century ago, the Benbow Inn has attracted weary travelers, as well as world leaders.

GARBERVILLE, CA – If you cross the 101 Freeway bridge over the Eel River in Humboldt County, it’s hard to miss the Tudor-style building with the Rose Garden roundabout. The sumptuous building nestled in the middle of the redwood forest is the Benbow Inn.

Historian and Benbow Inn co-owner Teresa Porter says the 65-room hotel was built to attract the attention of passing motorists and even attracted well-known historical figures.

“They hosted the League of Nations, they had President Herbert Hoover and Elenore Roosevelt,” Porter said.

TAKE A TRIP ON THE CHIMNEYS OF BARTELL:
► See an interactive map of everywhere John has visited on back roads
► Watch all Backroads videos
► Follow John on Facebook

What the kids had was a unique skill set. Some were artists, engineers and inventors, but their greatest skill was their gift of persuasion. After winning the portfolios of many investors, the Benbows got to work.

The hotel was to be built in three stages, but the Benbows were forced to halt construction of the hotel’s third wing during the Great Depression. They nearly lost the place but managed to keep it open and word of the building’s amenities and views spread nationwide.

The Benbows ran the hotel until they sold it in 1962. A number of owners have maintained the property. In 1983, the Benbow Inn was listed on the US National Register of Historic Places.

Teresa, her husband John Porter and their business partner Jack MacDonald bought the hotel in 1994 and began digging up historic family relics and artwork.

“The Benbow family graciously shared many items they had with us,” Porter said.

After completely renovating the building, the porters completed the hotel’s unfinished third wing and decorated the rooms with artwork, photographs and inventions made by Benbow children.

What’s at the top of California’s highest road? | The secondary roads of Bartell