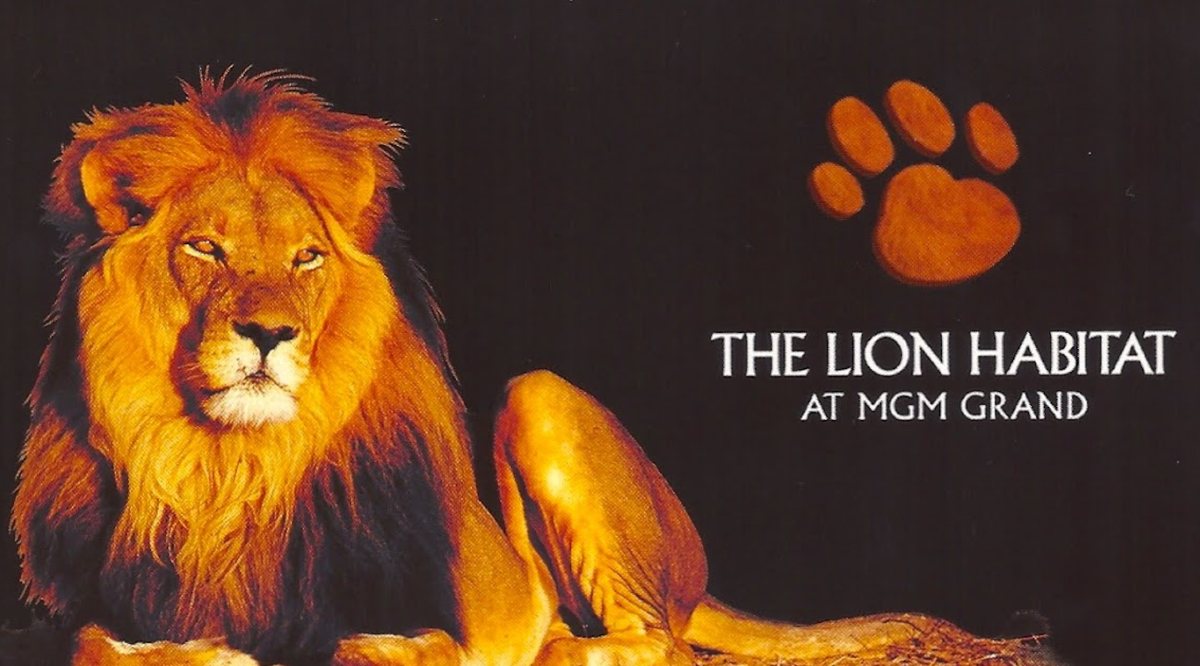 Bentley the Lion, former resident of the MGM Grand, died at 15

Bentley the Lion, one of the former cats in the lion exhibit at the MGM Grand in Las Vegas, has died aged 15.

MGM Grand is the largest hotel in the world with over 6,800 rooms. The iconic Strip property was previously also known for its popular lion habitat attraction inside the casino area that allowed visitors to get up close to the muscular, broad-chested animals.

MGM Grand has housed its Lion Habitat for 12 years. The glass-encased indoor attraction wowed visitors from 1999 until its closure in early 2012. MGM opted to remove the lions as part of a $160 million renovation of the resort’s main casino floor.

Bentley was a staple at the MGM Grand for the last six years of Lion Habitat. Bentley is said to be a descendant of Leo, who was the most recent lion used by Metro-Goldwyn-Mayer studios for their movie “bumper”, which is the technical term for a movie studio brand/logo that runs for the duration of a movie. opening credits.

The lions never lived at the MGM Grand, but were ferried daily by their handler Keith Evans. After the lion exhibit at the MGM Grand closed, Evans moved the attraction to his ranch in nearby Henderson.

In an Instagram post, Evans explained that Bentley the Lion recently fell ill. After an initial test showed the lion to be anemic, Bentley underwent further testing but did not survive the procedures. Evans said subsequent tests revealed Bentley had aplastic anemia, cancer and leukemia.

“Bentley was almost 16, which for a lion is geriatric,” Evans explained to Bentley supporters and fans.

We sympathize with all of you who had wonderful memories and times with Bentley. Bentley will continue to hold a special place in all of our innings,” concluded Evans.

Evans said in 2011 that MGM Resorts gave him no warning about the closure of the MGM Grand Lion Habitat.

“We were caught off guard,” Evans told the Las Vegas Sun at the time. “The lion is the hotel’s logo. I never understand business thinking.

Although the lions are free to see at the MGM Grand, Evans charges out-of-state guests $25 per person to walk through his Lion Habit Ranch. Tickets for Nevadans are $20. Additional discounts are available for seniors, active military and veterans, first responders, and students. Children 14 and under are free with a paying adult.

For families visiting Southern Nevada or anyone else looking to visit an animal exhibit, Las Vegas has it all.

The Secret Garden of Siegfried and Roy and the Dolphin Habitat on the Strip at The Mirage are among these attractions. The exhibit allows guests to come face to face with bottlenose dolphins, white tigers, lions and leopards.

Shark Reef Aquarium in Mandalay Bay offers guests to get acquainted with a variety of sharks, but in a safe way. Along with dozens of sharks, the attraction features more than 2,000 animals, including giant rays, endangered green sea turtles, piranhas, and even a Komodo dragon.