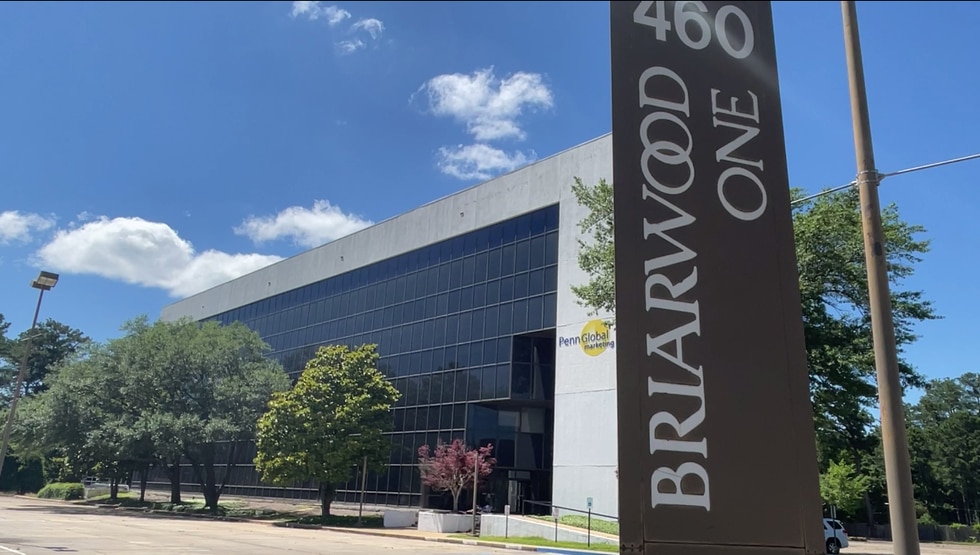 JACKSON, Miss. (WLBT) – Just days after WLBT reported on his condition, city leaders and outreach workers descended on a dilapidated office building in North Jackson on Friday to begin cleaning it up.

On Friday morning, officials from various outreach groups, as well as the city of Jackson, were at the Briarwood One building on Briarwood Drive.

The building once housed a college and professional offices. But after the previous owner lost the facility, it fell into disrepair and became a homeless shelter.

Friday’s plan was to reach out to as many of the building’s homeless tenants as possible, not just to get them out, but to find them better, more permanent housing.

“Our goal is to provide housing assistance to people who genuinely want housing,” said Melvin Stamps, director of planning for the Central Mississippi Continuum of Care.

At around 9 a.m., outreach workers reported that they had only spoken to a handful of people who lived there, saying several were likely still hiding in the multi-story facility.

“I only saw maybe two or three. Our goal is to actually go [deeper] into the building and see if we can identify any more individuals or families who may be here,” Stamps said, standing outside the building. “And like I say, just try to build a relationship with them, let them know that we’re not here to run away, but actually offer them services if they accept it.”

Several groups participated in the effort, including Stewpot Community Services, the Jackson Police Department, and the city’s Department of Housing and Community Development.

“If there’s anybody here who wants to be housed or wants any kind of support services, or wants to get treatment or whatever, we want to take them now,” said Linda Caldwell, housing manager and community development. “We come here today to let them know that ‘if you’re ready now, we’re ready now. Come and go with us.

Caldwell said the city will provide people who volunteer with temporary shelter at a local hotel. From there, case managers will help place these people in long-term housing through the city’s rapid rehousing program.

“When we house people, we don’t just pay a month’s rent. We come in and pay the security deposit, and we would do six months to 12 months rent, to help them stabilize and be able to support themselves.

So far this year, Caldwell says about 600 people have been served through the program.

“Since the pandemic and everything, HUD has given the city additional funds under the CARES Act, and that’s where those dollars are coming from,” she said. “We put those dollars to good use.”

Jill Buckley, executive director of Stewpot Community Services, says homelessness in the capital has become a much bigger problem in recent years.

“I think everyone noticed the increase…especially during the pandemic and even before that,” she said. “I think there are a lot of overlapping factors contributing to the increase in homelessness. Part of that is drug addiction. Some of them are people who were already living on the edge during the pandemic, just fell off the cliff.

“Once you fall into homelessness, it’s exceptionally hard to get out of it,” Buckley said. “And that’s why we’re here today, just to help get people started who want to get back on the housing path.”

It is unclear exactly how many people lived in the Briarwood One building. City leaders estimate it could be 30 to 40 people.

Several people left the building on Friday when police arrived on the scene. Outreach workers could still hear other people inside.

“They entered the building. They hear some of the homeless people talking and shouting,” Ward 2 Councilor Angelique Lee said.

Before WLBT left, a worker had gone to the third or fourth floor, shining a flashlight through the window.

“We are doing everything we can, until we contact the building owner, to secure the building, to get some of these resources for the homeless and to provide some type of comfort for businesses. who are on the street,” Lee added.

According to Hinds County property roll records, the building is owned by Briarwood Realty Holding LLC. The Great Neck, NY company acquired the property in 2021.

Briarwood Realty Holding is associated with Kohan Retail Investment Group, which owns the Vicksburg Mall, according to Kohan’s website.

Kohan, meanwhile, has been criticized for his business practices.

According to a March 27, 2022, article in the Buffalo News, many of the properties Kohan purchased had fallen into disrepair, including Woodville Mall in Ohio, Lincoln Mall in Illinois, and Northland Mall in Minnesota.

Other properties have been cut due to unpaid bills. In March 2019, MassLive reported that the Berkshire Mall had been closed for at least a week after the landlord left utility bills unpaid.

At Briarwood One, the underground car park filled with water and debris after the electricity went out. The standing water was several feet deep, while trash and other debris had accumulated near the water’s edge.

The city began receiving calls about the condition of the building in April.

Lee said crews will likely clean up the property once one of his maintenance trucks is running again. “Unfortunately, the city of Jackson does not have any working trucks at this time,” she said. “So as soon as a truck is running, we’ll have it come back and pick up the debris.”

“We noticed there was a lot of illegal dumping, along with a lot of the office supplies and equipment dragged out of the building and strewn all over the parking lot.”

Lee said she also plans to work with the administration to secure the building and possibly block off entrances to its parking lot. A hole in a fence behind the property will also need to be closed to block another access point, she said.

As for contacting the owners, the counselor had little success.

WLBT was also unable to reach the owners, either by phone or email.

“We found their phone number. I know I called, even my office called multiple times,” Lee said. “We will have to address them in court, possibly their agents.”