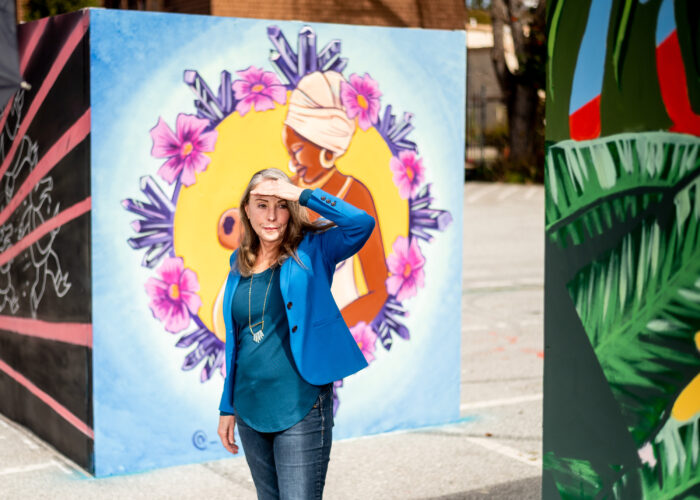 Vallie Brown was probably going to have a tough first year as director of arts grants, no matter what. She arrived in March 2021, when the pandemic had already shut down much of San Francisco’s arts scene for a year and the city’s hotel tax, which funds the agency’s grants for general operating support. of around 260 arts organizations, had been decimated by a sharp drop in tourism.

But recipients now say the agency delayed its support this year for months, and not only failed to notify them, but sent a mass email about the incomplete documents to everyone, including those who had submitted. the documents correctly, causing them unnecessary worry.

In interviews with The Chronicle, three former GFTA staffers also raised broader concerns about Brown’s qualifications for one of the Bay Area’s most influential artistic jobs, and said his nomination was a factor in their departures from the agency.

Funding delays have rattled organizations that rely on the agency for critical funding — general operational support that doesn’t vary much from year to year.

“This funding is huge for us,” said Abigail Munn, executive director of Circus Bella, whose grant notification and contract arrived a month late. “There are so few grants that cover general operating costs — it pays my part-time salary! While not as sexy as new commissions and new artwork, the only way to create new projects is if someone is able to get through the behind-the-scenes paperwork.

Hope Mohr Dance choreographer Hope Mohr had similar worries about her organization, which has an annual budget of less than $250,000.

“In recent years, disbursement has taken one to two months. This year, we received notice of our funding award in August, but we did not receive the funds until January,” she said. “We were worried about whether or not we were getting the money, as well as cash flow.”

In a recent interview with The Chronicle, Brown blamed the grant delays on having to wait until August for Mayor of London Breed to approve the city’s budget. But August is when the budget is approved every year — except for 2020, the first year of the pandemic, before Brown was at work. (Even with one-time funding from elsewhere in the city budget to offset the gutted hotel tax, the GFTA only had $11.2 million in funds to disburse this year, as opposed to its usual $16 million. .)

Brown also cited the fact that some recipients did not submit their documents on time, including four that were still late nearly a year after the application deadline. She said that as of mid-February, only those four had still not received a contract.

Another well-known reason for delays is a small staff; the agency’s usual size is five, but its site now lists two, including Brown. Two workers who were there when Brown started work say they left in part because of her. Another who was temporarily brought back from retirement agreed with the others’ assessment of Brown.

“Vallie Brown had no nonprofit arts background, no grantmaking experience,” said Khan Wong, who worked for GFTA for 21 years before leaving in March 2021. .

Wong had planned to delay his retirement but left two weeks after Brown arrived because, he said, he didn’t think he could work for her.

“She was just a close political ally of the mayor,” Wong said. “It signals to me that the priorities here are who is and who is politically absent, more than the integrity of the program and the true benefit to the artistic community.”

February 2021 from the city announcement of Brown’s nomination notes his 1990 launch of a children’s art program at a boys and girls club, as well as his early years as an artist, although he does not state his medium. In a 2021 interview with The Chronicle, Brown’s description of that time was vague, only briefly mentioning welding courses and engraving. She served as a legislative aide before being appointed by Breed as District Five Supervisor; her twice lost elections to retain or regain that seat, the latter shortly before the city administrator’s office appointed her as GFTA.

Jeff Cretan, spokesman for Breed, said Brown “didn’t just get the job because she’s a political ally of the mayor,” citing Brown’s many years of service in city government and her love for San Francisco.

As for Brown’s assessment of GFTA performance so far, he has deferred to the office of the city administrator, who oversees the agency.

Vivian Po, a spokeswoman for that office, said Brown was chosen from “several” applicants for a position exempt from requiring a job offer or civil service exam. She said city administrator Carmen Chu meets with the GFTA director quarterly to monitor the agency’s progress.

Former GFTA staffer Jason Blackwell said he wanted the agency’s top job following the departure of former director Matthew Goudeau, and Blackwell briefly held the job on an interim basis. Blackwell, who is black, said he believed Brown, whose father is Native American, and Breed were unaware of the racial equity work the agency had begun before Brown’s appointment — including months of interview sessions. listening with arts organizations.

“I was doing all the work in a way that was trying to push the same ideas forward, which I think was thwarted by the fact that the person in the leadership role didn’t know how to play that role,” a- he declared.

Blackwell also felt he was taking on a disproportionate share of the agency’s work. “I managed the office. It was I who went to see our beneficiaries. I did all the writing for the applications. Of Brown, he added, “I was never aware of what she was doing.”

Blackwell left the agency in September 2021.

Many grantees complained that in October and November last year, the GFTA emailed all of its grantees about incomplete documents, which raised fears among those who had submitted everything correctly of have made a mistake.

Brown told The Chronicle the agency doesn’t have a system for triaging its mailing list. But Sherri Young, founder and executive director of the long-time beneficiary African-American Shakespeare Company, said that in the past, GFTA staffers handled such situations by picking up the phone.

In the same interview, Brown gave answers that suggested she didn’t fully understand how her agency works. She cited a company’s “program impact” in schools and on neighborhood children as a key metric for grantees, but Grants for the Arts does not fund arts education. Its general operating support is for “the public performance or exhibition of art in San Francisco” or “the presentation of parades or festivals in public spaces in San Francisco”.

Brown said nominations for the coming year would change, asking, for example, for arts organizations to work with neighborhoods. But currently, there is no documentation of such a change on the GFTA site.

The same year that GFTA funds were delayed and became smaller, the agency decided to expand the grantee pool to include 37 new organizations. The initiative means many small organizations serving people of color will benefit from a flagship city program for the first time. So far, Brown said, “Of the organizations funded, many are not from underserved communities. It was one of our priorities, to be fair and to be fair.

Few longtime GFTA recipients challenge this ideal, even those who have seen their allotments reduced. Margaret Jenkins, 49-year-old founder and artistic director of the Margaret Jenkins Dance Company, said she just wished she had been told before September that she would be getting 40% less from the GFTA this year. Previous administrations led by Kary Schulman and Matthew Goudeau, she said, regularly alerted recipients of even the possibility of discounts.

“Kary and Matthew and the staff have completely understood how long and how hard each artist here has worked to bring in money to support their efforts,” Jenkins said.

She said the GFTA under Brown didn’t seem to view its artists as collaborators who could help it figure out how to make up for this year’s shortfall. She acknowledged that the GFTA tried to explain her cut after the fact. Still, she says, “it created a kind of mistrust.”

Jenkins added, however, that her message is not “woe to me,” even if the cut means she needs to revise her budget and pay artists less.

“You can only judge something by how you communicate with yourself,” she said, “and there was never a conversation.”