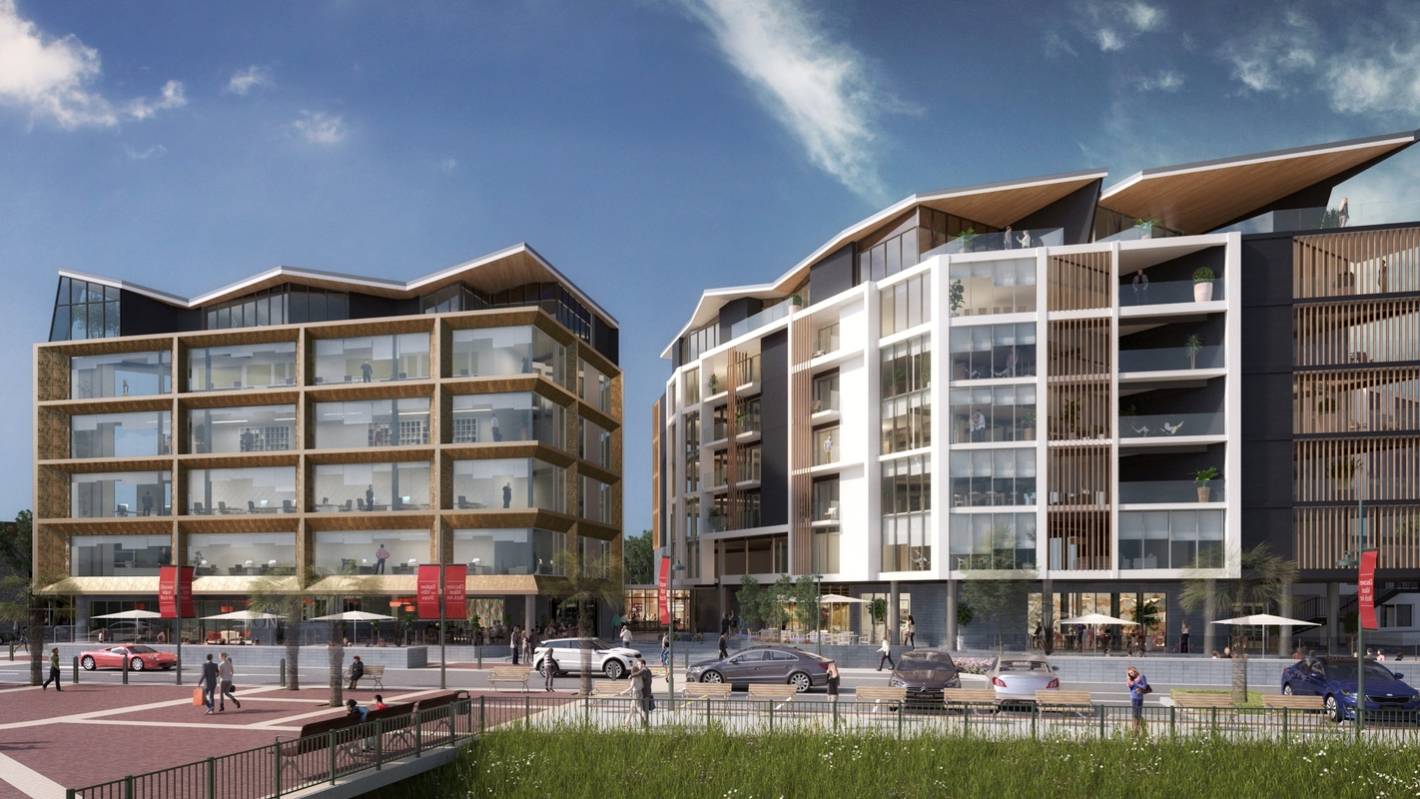 Original plans for the site of the former Hydro Grand Hotel building included a multi-level complex with apartments, offices, hospitality and retail spaces.

One of the developers behind plans to build a multi-level resort on Timaru’s Bay Hill says they’ve taken their plans back to the drawing board.

Developers Allan Booth and Alan Pye own the land where the old Hydro Grand Hotel stood, the site overlooks Caroline Bay and has some of the best views in town, and another next door.

In November 2017, they demolished the Hydro Grand Hotel building to pave the way for a $42 million development including apartments, offices, hotels and retail.

However, an additional property purchase caused them to reconsider the original plans.

In 2019, the couple purchased the neighboring site of Oceanview Units (formerly the Seabreeze Motel) and now plan to integrate the two sites into a new plan.

“This will lead to more achievable results for the location’s commercial and residential offerings,” said Allan Booth.

Booth had hoped the original proposal would kickstart the revitalization of Timaru’s central business district, further developing it as a hub for downtown life and commerce.

The plan was shelved in 2018, with Booth saying at the time that it didn’t make economic sense to build the hotel at this stage.

He said that after calculating the cost of building the hotel, they realized they would have to wait until they had a better option.

In the meantime, the site has become a car park with some of the best views in New Zealand and has also housed a pop-up bar during the summer months.

The decision to demolish the Hydro Grand Hotel was highly controversial with many residents of Timaru keen to see the building restored to its former glory.

Prior to being demolished, the fire department issued an internal memo telling staff not to enter the building in the event of a fire as it was too dangerous. At the time, Kevin Collins, then head of fire risk management, said it was only the third such memo he had issued in 45 years of service.

A fire report released by the department in 2017 described the floors and stairs of the old hotel and if damaged, anyone walking on them was at risk of collapsing.