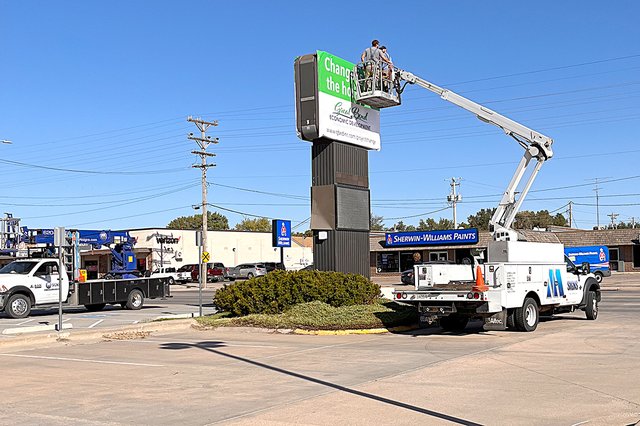 In a project that has been underway for months, Great Bend Economic Development Inc. announced this week that it has purchased the unique Highland Hotel property at 3017 10th St. with plans to develop a new hotel on the site. .

“This project (dubbed Project Change) began in January 2022 as a roundtable discussion of our community’s greatest needs,” said GBED President Sara Hayden. When the conversation ensued at 3017 10th Street, it ended with the decision to “go there.”

“It’s only been so long since we can say, ‘someone should do something about it,’ someone is Great Bend Economic Development.

“After lengthy negotiations, we were able to agree on a fair price for the property.” The price is not disclosed and the installation was purchased from foreign owners.

“Thinking things were going well from there, we started planning and dreaming about the future of this property and its place in the landscape of our community,” Hayden said. “Little did we know that seven months of back and forth were to follow before, finally, in August 2022, we secured ownership of 3017 10th Street.”

However, she said there was no timeline for future development.

“Ultimately, our goal is to see this property again as a hotel for Great Bend,” she said. “Before we get to that, we need to go through some legal procedures to make sure everything is in place to allow us to make the best use of it.”

While they’d like this project to sprint forward, they have to settle for a walk for now, “keeping in mind that the forward motion is a success,” she said.

Now they have a lot to do before substantial changes can be made.

“We are committed to cleaning it up and securing it to make it safe for our community,” she said. “It’s no mystery that this building harbors dangerous activities. We want to make sure that, to the best of our abilities, we prevent these dangerous acts from happening. »

Over the next month the landscaping will be cleaned, the front roof secured and the windows and doors covered.

“These measures, along with other safety measures, will help keep our community safe,” she said.

“Once we have completed the legal tasks necessary to move forward responsibly, we will begin the dismantling process,” Hayden said. It is a mostly concrete building over 60,000 square feet, and demolition will not be easy or inexpensive.

“We will be soliciting multiple bids for this project to ensure we are good stewards of our funds, but no doubt we will bring partners together to help achieve this goal,” she said. “We still have a long way to go in terms of costs.”

Their primary objective is to see this property once again house a hotel. “While we have many wonderful hotels in our area that we know will continue to be successful, we have a hotel study showing how many nights we are missing due to a lack of rooms, among other things,” a- she declared.

“We plan to start conversations with leading developers and hotel chains to secure the right opportunity to take our community to the next level,” she said.

The old hotel sits on five acres of land. In the latest report, the building is valued at $27,720 and the land at $489,360, according to the Barton County Assessor’s Office ORKA site.

Opened in 1964, Highland Manor has become a Great Bend landmark and local showcase. With the addition of the convention center and office complex in the 1980s, it was an anchor on 10th Street, a location for meetings, banquets, and important civic events.

However, it has changed hands several times over the years as these facilities have lost their relevance. The Highland became the Holiday Inn, the Parkside Hotel and finally the Great Bend Hotel and Convention Center which closed in 2016.

The next owners, Retreat at Great Bend LLC. of Canada, hoped to turn it into a timeshare resort.

There were times when taxes were not paid on the property and the City of Great Bend had to reduce them. Criminal activity has also been reported.

In the end, the station never saw the light of day and the property resold at least once before GBED purchased it.

In June 2011, the city council approved the use of $500,000 donated by an anonymous group of local residents to purchase the convention center separately from the hotel. This part has been remodeled and transformed into the center of events in the city.

Visit www.gbedinc.com/projectchange?fbclid=IwAR1-kinTgqBAeadINHLcyhb5zzodMVUwxH0dv0tqOa5yn1_kaXU2FZpibrY for a video and more information on the GBED effort.