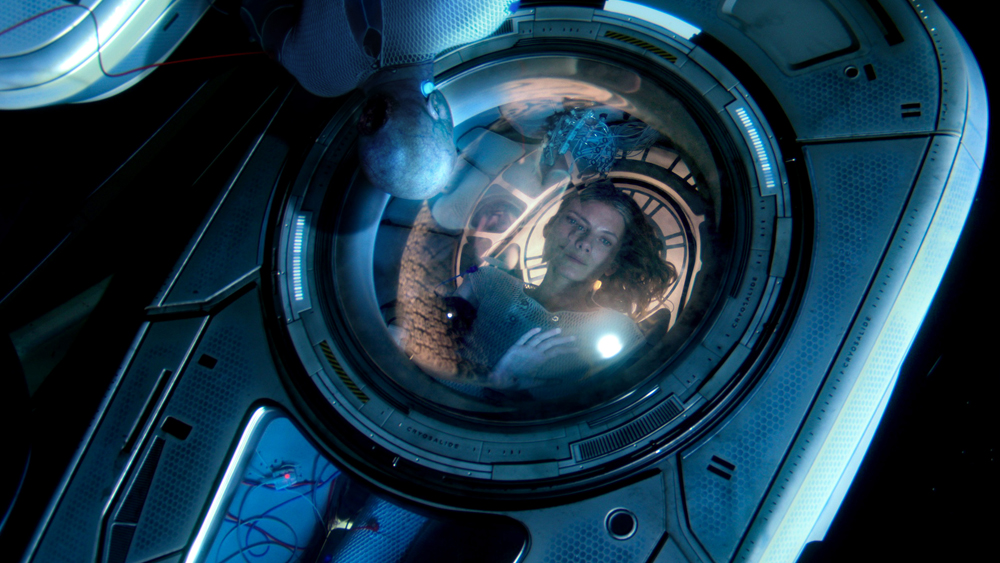 How AI tools will revolutionize the visual effects industry

“Hôtel du temps” is a perfect example of the power of Face Engine as it brings historical figures, such as the late actor Jean Gabin and Princess Diana, to life to be interviewed by hard-hitting French journalist Thierry Ardisson.

MacGuff recently received a 200,000 euro ($230,000) grant from the French CNC to expand its AI engine, as part of the CNC’s $11.4 million technology modernization program launched in 2021, which supported 20 French digital post-production studios and companies.

“Our AI tools can make people look younger and older, even bring them back to life!” explains Philippe Sonrier, the other co-founder and co-director of MacGuff. “We were the first studio to develop these tools in Europe. They offer new narrative options and the ability to create more complex characters.

Sonrier adds: “AI is totally different from the method we have known for 30 years, essentially based on complex and time-consuming synthesis methods. [modeling, rigging, motion capture, photoreal rendering]. AI brings elements of reality into the effects. It’s amazing how much more natural it makes the images. For example, you can film the movements of an actor and a dancer and then merge the two. This will revolutionize our industry.

MacGuff was founded in Paris in 1986. In mid-2011 it split into two companies. Universal buys the animation department, renamed Illumination MacGuff, directed by Jacques Bled.

FranceVFX is a lobby for VFX interests and also serves as a liaison mechanism between participating members. He facilitated joint cooperation on more ambitious VFX projects.

A recent example is the historical drama “Eiffel” by Martin Bourboulon with 560 VFX shots made by Buf, MacGuff and CGEV, whose general VFX supervisor was Olivier Cauwet. Significant VFX work is also in development for Bourboulon’s upcoming ‘The Three Musketeers – D’Artagnan’ and ‘The Three Musketeers – Milady’, an $85 million two-part saga based on the masterpiece. work of Alexandre Dumas.

“Collaboration on VFX projects between different studios is a new model for France that has been successfully tested in the United States, Canada and the United Kingdom”, explains Sonrier. “It allows us to be more secure. If a supplier has a problem with a project, we can help each other. The profession of VFX supervisor is emerging in France.

“Our culture is necessarily very French,” explains Sonrier. “We like to be very close to creative decisions and get involved in each project as soon as possible. It’s part of our DNA. ‘Titanium’ is a good example. Initially, the director tried animatronic solutions but was not satisfied with them. We used CGI to create the baby car. This is something we had already tried in 2006 when creating a fetus for the French documentary ‘The Odyssey of Life’ by Nils Tavernier.

“VFX work is always very risky in creative and financial terms,” says Sonrier. “This is particularly true in the French tradition, because of the director’s status as author and supreme decision maker.”

For major international films and series, Sonrier finds it easier to lock down logistics, but sometimes at the cost of becoming more like a pipeline factory. MacGuff forged a strong relationship with Netflix, which was cemented by his VFX work on his gentleman thieves series “Lupin.” Another major VFX work produced for Netflix was Alexandre Aja’s 2021 survival thriller “Oxygen,” where the VFX work alone was budgeted at over one million euros ($1.14 million). .

MacGuff is currently working on a major international series, which involves coordination between several VFX studios. He is also working on a large animation project between France, Belgium and Canada, and an ambitious French project on the theme of the robot which will start filming in mid-2022.

Smaller international projects can apply for other support mechanisms such as the CVS scheme for ambitious visual and sound projects. The CVS scheme was used on the French-Lithuanian production “Vesper Seeds”, for which the VFX work was shared with Mathematic, Mikros Liege and Excuse My French.

This dystopian image, set after the collapse of the Earth’s ecosystem, is the third feature from Lithuanian director Kristina Buozyte and French director Bruno Samper, who co-directed a short segment for the horror anthology 2014 American “ABCs of Death 2”.

MacGuff is also producing visual effects for the documentary ‘Corridor of Power’, produced by Dror Moreh, having worked on other projects produced by him, such as the Oscar-nominated ‘The Gatekeepers’ and ‘The Human Factor’. who won the Grand Prize. Price at Fipadoc 2020.

Other recent French productions managed by the studio include “The Astronaut” by Nicolas Giraud, starring Giraud and Mathieu Kassovitz.

MacGuff is a long-time collaborator of Franco-Argentinian director Gaspar Noé. .

The studio also provides visual effects for documentaries, such as “La rafle des notables”, produced by Victor Robert’s 10.7 Productions, based on Anne Sinclair’s book on French concentration camps during the Second World War. He is also working on a 10.7 Productions docufiction “The Last Secrets of Humanity”, directed by Jacques Malaterre, about the prehistoric period in China, including VFX work to recreate prehistoric animals, co-produced by Mikros and MacGuff.

The company develops VR/AR and immersive projects, mainly commercial, through its subsidiary Small.