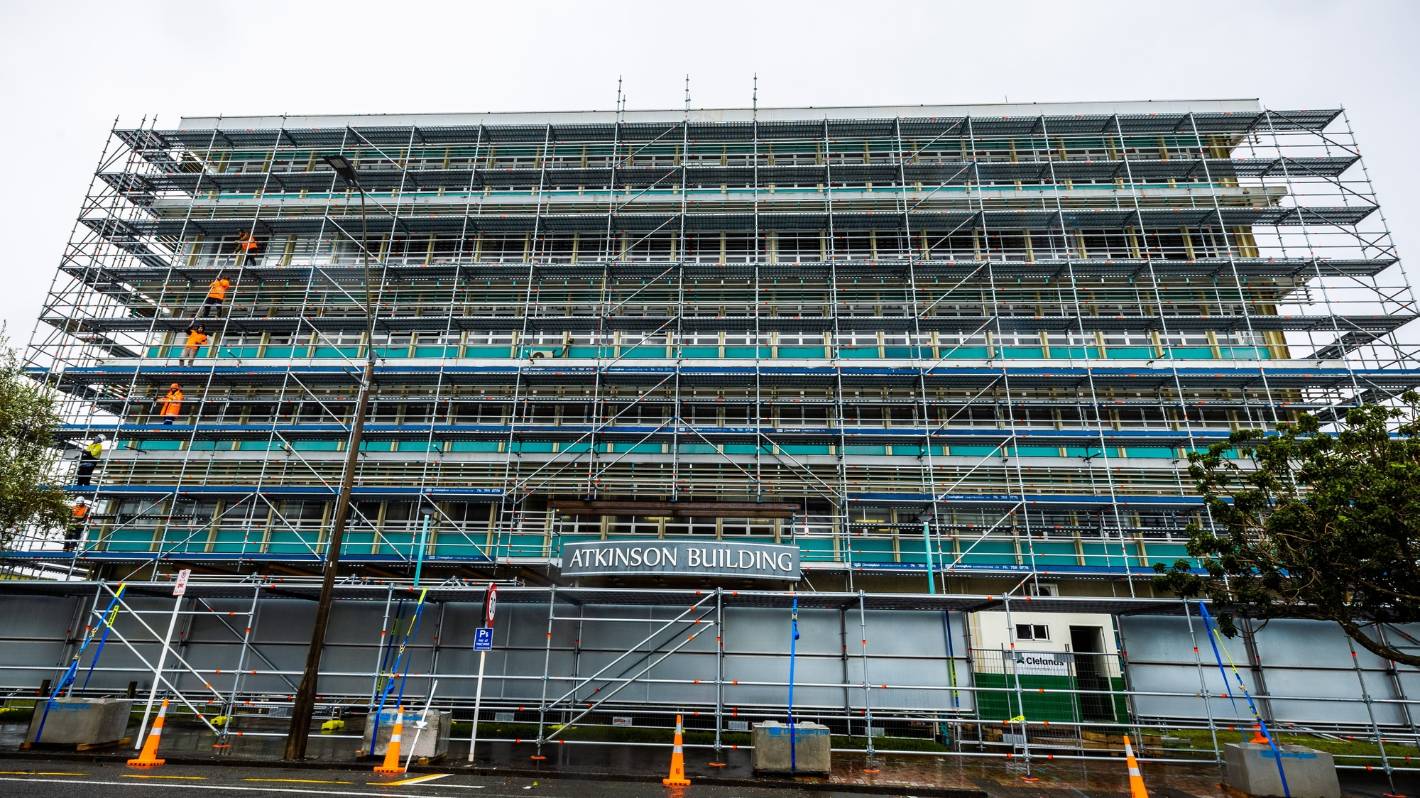 Scaffolding has been erected around the Atkinson building in recent weeks as a two-year renovation project is underway.

One of the most eye-catching buildings in central New Plymouth is getting a whole new look, as its owner iwi embarks on a project to turn it into a cultural center for Maori businesses.

The Atkinson Building, in Devon St West, was bought for $1.88million in April by the trading arm of Te Kotahitanga o Te Atiawa, which took the first right of refusal option of its Treaty of Waitangi settlement to buy it.

The building’s modernist architecture makes it one of the city’s best-known landmarks, but lately the 54-year-old building has begun to show its age inside and out.

In a statement, Te Kotahitanga said the building, which sits opposite the Len Lye Centre, would undergo a facelift and is expected to reopen in mid-2024 as a hub for Maori businesses of all sizes.

Scaffolding has been erected around a six-story building in recent weeks and, in the statement, Te Kotahitanga president Liana Poutu said she was delighted to see the work progress.

The building will be wrapped to provide safe working conditions while the exterior facade and glazing suite will be removed and replaced, the statement said.

“This investment is part of our long-term strategy to balance our business, cultural, social and environmental aspirations,” Poutu said.

“This is one of our first steps towards a physical presence of Te Atiawa in New Plymouth that our whānau can be proud of.”

The Kete New Plymouth page of Puke Ariki’s website indicates that the Atkinson Building was constructed as an office building for the Department of Public Works, the Forest Service and employees of the Lands and Surveys Departments, Labour, justice, audits and agriculture.

It cost just under £425,000 and was officially opened by Deputy Prime Minister John Marshall in October 1968.

The building was named after Sir Harry Albert Atkinson (1831-1892), a farmer from Taranaki who served four times as Prime Minister of New Zealand.

The office building renovation project is the latest of a number of developments that iwi has underway or in the pipeline, as it moves towards its goal of being the best property developer in the region. .

After its $87 million settlement in 2014, the iwi had the option to purchase, with a deferral of up to two years, 51 sites within its tribal boundaries under the trade remedy element of the ‘OK.

He has already successfully completed a housing estate in Fitzroy, called Te Kekeu Park, and has plans for further residential developments, including one in Waitara and New Plymouth.

Plans to develop an industrial estate at Bell Block have already been announced and iwi also co-owns the New Plymouth hotel, Novotel Ngāmotu.