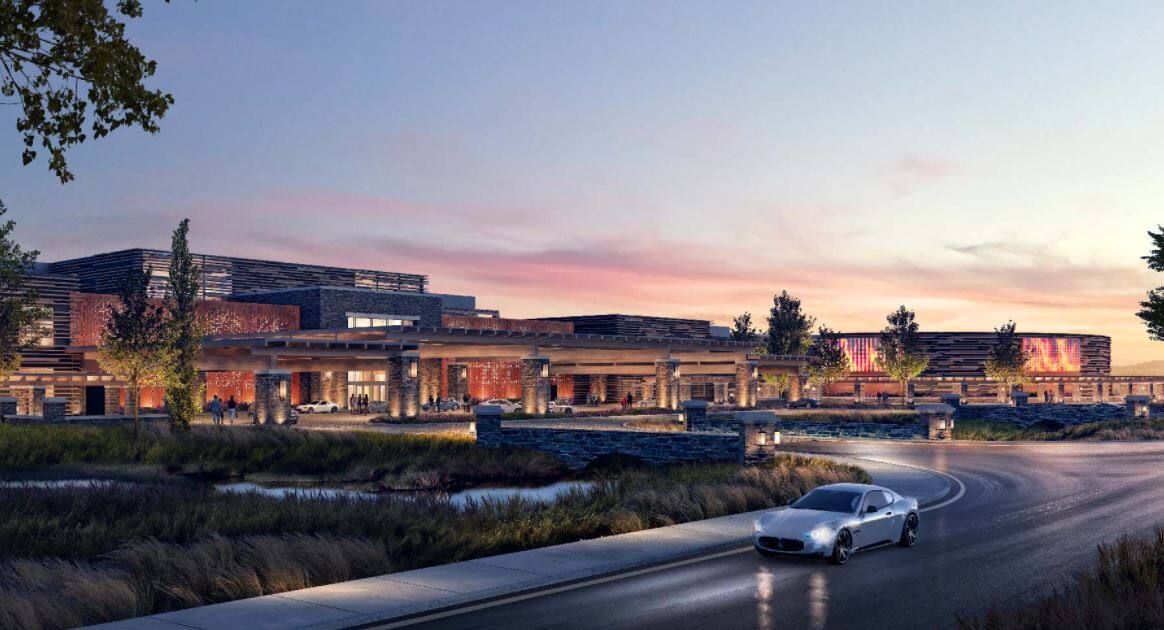 Northern California’s Koi Nation has taken an important step toward advancing a major resort-casino project just outside of Windsor, announcing a pre-development agreement with the Chickasaw Nation of Oklahoma.

Under the agreement, Global Gaming Solutions – a 100% Chickasaw Tribe company – would partner with the Koi for its Shiloh Casino & Resort project. The company would also manage and operate the facility on East Shiloh Road in unincorporated Sonoma County. Koi executives say the venture will include 2,500 Class III gaming machines, a 200-room hotel, six restaurants and food court areas, a meeting center and a spa. In total, the complex will employ more than 1,100 full-time workers when fully operational.

The Chickasaw Nation, based in Ada, Oklahoma, is a larger and more commercially successful tribe, with at least 200 business enterprises that include 23 gaming establishments. One of them is Winstar World Casino and Resort in Thackerville, Oklahoma, which the tribe considers the largest casino in the world.

“We are honored that the Chickasaw Nation is considering moving forward with us on this project,” Koi Vice President and Chief Development Officer Dino Beltran told The Press Democrat. “When it comes to industry, infrastructure, hospitality, and Native American values, we believe we have found an excellent partner moving forward, on those fronts alone.”

The Koi were “courted by a number” of tribes seeking partnership in the development of Shiloh, Beltran added. He said it would have been difficult for the Koi to do a development of this magnitude on their own.

“I think at the end of the day it’s probably a question of ways to help us through the process,” he said. “And we had limits there.”

The Koi Nation, a distinct band of Pomo Indians with roots in modern-day Lake and Sonoma counties, purchased the 68-acre property in Shiloh for $12.3 million in September. The project was immediately opposed by neighbors and by the Federated Indians of Graton Rancheria, owners of the Graton Casino & Resort at Rohnert Park.

Four months ago, Graton Tribe Chairman Greg Sarris called Shiloh’s proposal “a blatant attempt to purchase reservations outside the traditional territory of the Koi Nation and into the territory of other tribes recognized by the federal government”.

Dino Beltran said Koi tribal leaders had had little communication with local political leaders since the initial announcement in September, and he was unsure of their current positions on the project. He knows that some residents are hostile to the casino, but he thinks they are misinformed in some ways.

“I don’t know where people get these theories,” he said. “A very popular thing that has been stated by the public is that we had support in Las Vegas. We never even spoke to a Las Vegas interest. And they think the developer gets all the money. It is simply not true.

This is a developing story. Check back for updates.