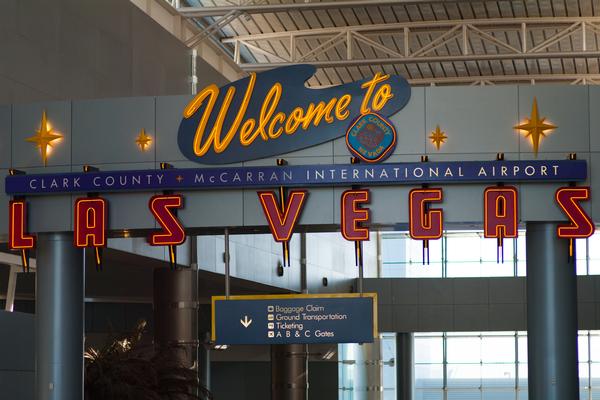 Las Vegas, the city with the most hotel rooms in the country, is about to add another casino hotel to its list.

The Clark County (Nev.) Commission voted 6-1 this week to approve plans for the Dream Las Vegas, a 20-story casino hotel to be built on the south end of the Las Vegas Strip.

It would become the closest hotel physically to McCarran International Airport, according to the Las Vegas Review-Journal.

Only Commissioner Ross Miller of the seven committee members voted no, citing this very proximity to McCarran and saying whether Las Vegas should “allow casino hotels directly above our airport.”

Developers David Daneshforooz, managing director of real estate firm Contour, and Bill Shopoff, founder of Shopoff Realty Investments, say they believe in the concept smaller than the 2,000- and 3,000-room behemoths higher on the Strip.

However, the project still faces obstacles. Since it is so close to the airport, the plans for the hotel must have been sent to the FBI, the Department of Homeland Security and the Secret Service.

According to the Review-Journal, the Transportation Security Administration published an assessment indicating that the project is located near an area of â€‹â€‹the airport “used for high-level personnel, special operations and the parking of military planes.” , and that the complex “would increase the risk to both planes and passengers due to active shooters and the possibility of throwing objects over the fence intended to cause harm” to people and planes, according to the documents. County.

Additionally, airlines such as Southwest, Delta, American and United have all raised concerns about the project, citing issues such as illegal drone activity, lasers, lighting and billboards. which “could potentially be a source of flash blindness”.

The designers of the Dream Hotel introduced a series of dramatic changes from the original proposal at the county commission meeting to address concerns.