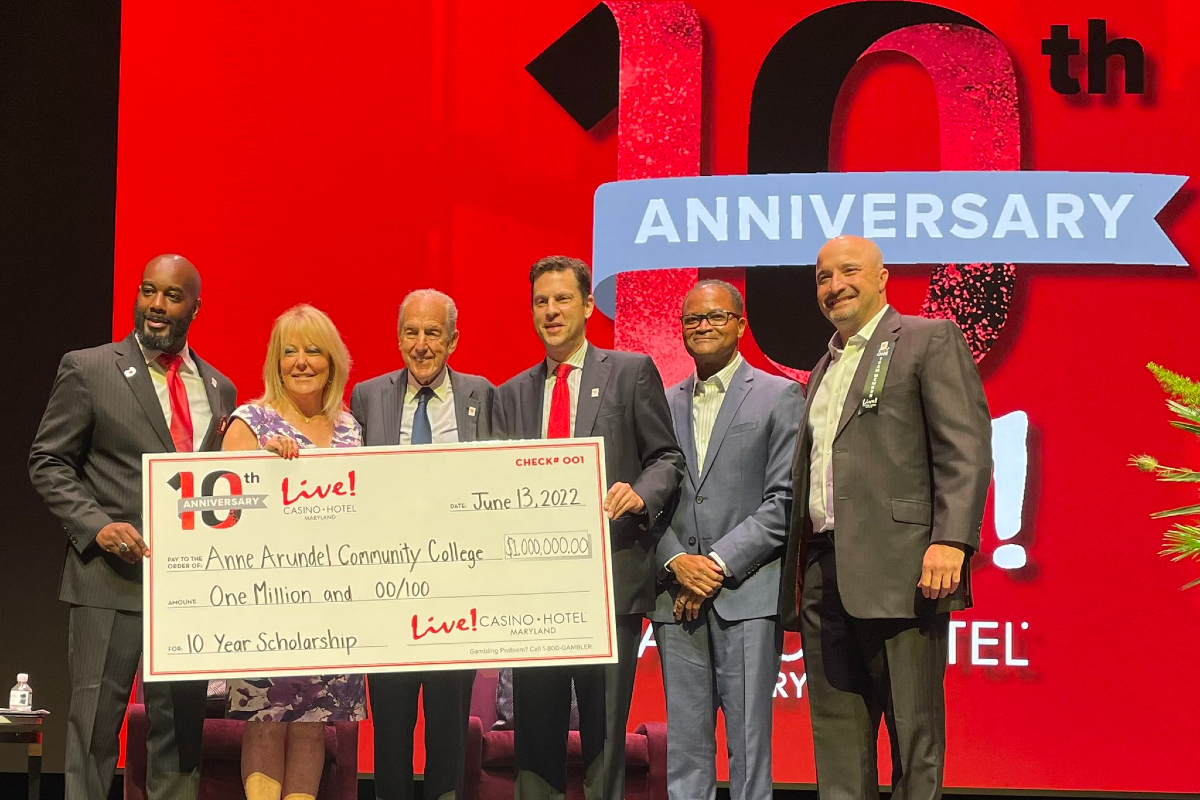 Live! Casino & Hotel Maryland, located in the DC/Baltimore corridor just off I-95, celebrates its 10th anniversary this month. The Cordish Companies casino opened on June 6, 2012.

To commemorate the property’s successes, Cordish looks to the future and hopes to help nurture the area’s next business leaders by funding their graduate education. Cordish has pledged to donate $1 million to the Anne Arundel Community College Hospitality Scholarship Program over the next 10 years.

Celebrating this momentous occasion with the members of the community who have supported us throughout this past decade has been a real source of pride for me and my family and we look forward to a very exciting future,” said Dave Cordish, President -CEO of Cordish Companies.

Cordish says it will donate $100,000 to the scholarship fund every year until 2032. Cordish’s chief executive said that although the company has expanded the Live! casino brand in neighboring Pennsylvania, its Maryland resort remains its “flagship property”.

Train the future leaders of the game

All Cordish scholarship money will go to the Institute of Hospitality, Culinary Arts and Tourism at Anne Arundel Community College. The school offers courses and programs to train students in a range of hospitality industries, including resort and gaming operations.

By comparison, the University of Maryland charges in-state residents $404 per credit hour and $1,581 for out-of-state undergraduates.

Live! The game alive and well

Maryland casinos are off to their best year yet. It came in the wake of the COVID-19 pandemic, which shut down all six commercial gaming properties for a significant portion of 2020.

2021 was live! Casino’s best year in 10 years of history. In its first decade, the casino earned over $5.6 billion from its customers.