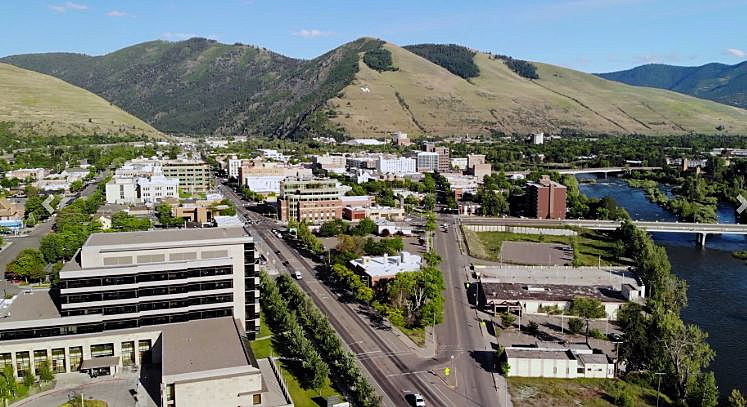 A team of developers focused on Mountain West said Thursday it plans to step into the Riverfront Triangle project and begin construction as early as the second or third quarter of next year, including a hotel and entertainment venue , housing, offices and retail.

The project, which includes a city-owned parcel and several surrounding properties, has been slated for redevelopment for more than 30 years and was set to launch in 2020 before a global pandemic stopped it in its tracks. .

Now Capital V Partners has picked up the pieces and is completing the due diligence. The company intends to purchase all seven acres and develop them into a single master plan with the support of its partners and investors.

“The Riverfront Triangle has been a contested property for a variety of reasons,” said Dean Bosacki. “A pandemic is not the easiest thing to develop, but there are other reasons as well. This project is a perfect marriage of our ability to take on tough projects and to do it and transform downtown Missoula. »

The Riverfront Triangle development was planned by a series of previous owners and included a hotel and concert hall, housing, offices, retail and parking. The proposal has been widely praised for its ability to increase the city’s tax base, bring economic gain to businesses, provide jobs and housing, and add vibrancy to the city core.

“We’re looking to bring a very vibrant, community-focused center of activity to downtown Missoula,” he said. “It will be an economic flywheel providing tons of opportunity and tax revenue to the city, as well as a cultural experience that also provides much-needed housing opportunities for families at all levels.”

The city council has already approved aspects of the project that are expected to take place on city property, including zoning, street vacancies and development guidelines. It also provided EPA loans for cleanup of the site and surrounding properties, including asbestos removal.

The proposal received broad support from city leaders and the public, and that enthusiasm has returned with a new development team that has the financial clout to complete the work.

“The city has been working on the development of this site for 30 years,” said MRA board chairman Karl England. “Master development of the entire site minimizes construction disruption, maximizes efficiency and allows the city to more easily determine infrastructure needs.”

Project partners said a wide range of retail opportunities would also come with the project, bringing new jobs to the heart of the city. He would maintain the plans for a place of entertainment, developing the city’s cultural facilities. It also includes a reception area as envisaged in the downtown master plan drawn up publicly.

As proposed, the project would also include housing opportunities across a variety of income levels, according to the developers. The results of the project would greatly improve the western edge of downtown Missoula.

“One of the essential aspects of our mission is that our projects generate new job opportunities. This provides an opportunity for new retail ventures,” England said. “It also enhances the riverside trail system that we have invested so many resources in for so many years.”

Sadek Darwiche, also a member of the team, said the company’s core operating principles include authenticity, community, innovation and social responsibility. Capital V Partners, which operates primarily in the Mountain West, has completed more than $2 billion in projects, some larger than their plans for the Riverfront Triangle.

“We believe in leveraging a lot of our projects and because of that, we tend to see things a little differently,” he said. “We have a lot of experience in various fields. This particular project fills and ticks all the boxes for us.

Darwiche said the team had been working directly with the MRA and other city departments for several months and together they had agreed on critical paths forward. They intended to accelerate development by “intervening in the existing project” with an eye to construction next summer.

“We’ve spent the last few months digging into the due diligence and meeting with the various partners, trying to understand the key components,” Darwiche said. “We have acquired a real ease with the obstacles and the areas to work on. We feel in a comfortable space.

Bosacki agreed and said the team felt confident in their current position.

“We are confident that by entering the project, we can move it forward in an accelerated time frame,” he said. “There are definitely some headwinds in this industry, but the good thing about this project is that it’s been on everyone’s radar for so long that when you tell them about it, they’re ready to put it all together. side and make it a priority because Good.”