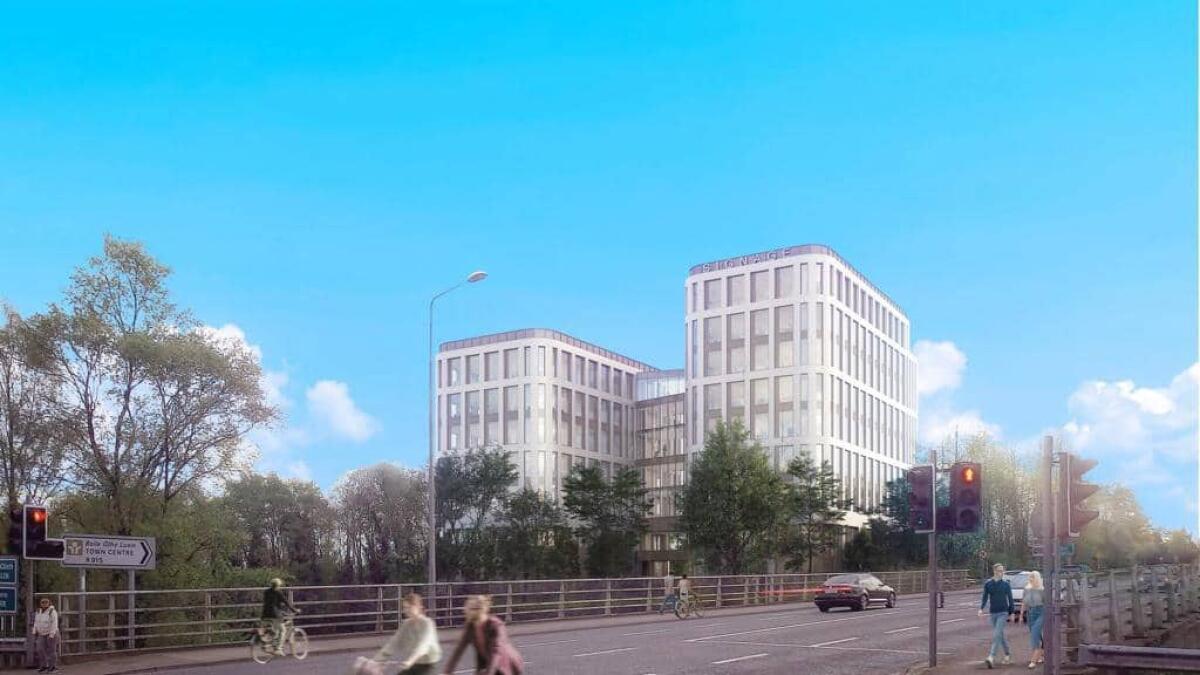 Foreign direct investment (FDI) firms and blue-chip corporations are set to be the targets to occupy a landmark nine-storey new office building approved for Athlone in recent days.

This multimillion-euro investment would make it one of the tallest buildings in the city, behind the 12-story Sheraton Hotel downtown.

The developers, Longford-based Avenir Assets Management DAC, have been given the green light by Westmeath County Council to develop new offices on a strategic site, just off the N55 Ballymahon Road roundabout and the N6, which could accommodate 500 workers on August 11. .

It was good that Transport Infrastructure Ireland (TII) said if approved it would have a ‘negative impact’ on the trunk road and associated junction.

Spanning 10,137 square meters in total, the project is situated on a substantial two-acre site, accessed via the Brawney Road, on the approach to the Athlone Regional Sports Center and the new Athlone Tennis Club development. Athlone and Athlone GAA.

It is located on the south east side of Junction 10 on the dual carriageway N6 where the N55 meets the N6, and is linked to the south by Brawney Road, to the west by the N55, to the north by an off ramp from the N6 and to the east by a narrow strip of undeveloped land.

The idea behind the outlook is that in a post-Covid landscape, many FDI and blue chip companies will seek a regional presence, and Athlone is a designated regional growth center in government policy. It will be designed to include office space, meeting rooms, staff welfare, reception and service areas.

In total, it will consist of two blocks – Block A, which would be seven storeys high, and Block B, nine storeys and a three-storey car park.

A “three-storey parking platform” with 199 spaces, new entrances and an internal access road, and 240 bicycle parking spaces are also major elements of the historic project.

The plan for the southern Lissywollen area indicated that a commercial building on this site adjacent to the N6 “should be of conspicuous design” to mark its prominent location close to various axis points. Award-winning architects Henry J Lyons in Dublin are responsible for designing the eye-catching plans.

Westmeath County Council approved the consent decision subject to 16 conditions being met, including payment of the £233,151 development contribution to the council, and that the car park is for office use only.

A road safety audit must be undertaken before its first occupation.

Another condition is that before the start of the project the developer must give 30 days notice to the MoD Property Management Branch for the use of any cranes, a request from the Irish Aviation Authority in a submission so as not to affect planes from the nearby Custom barracks.

The Department of Housing, Local Government and Heritage has requested in a submission that an Archaeological Impact Assessment be prepared for the site, which must also be undertaken before any work can begin under the conditions set by the local authority.