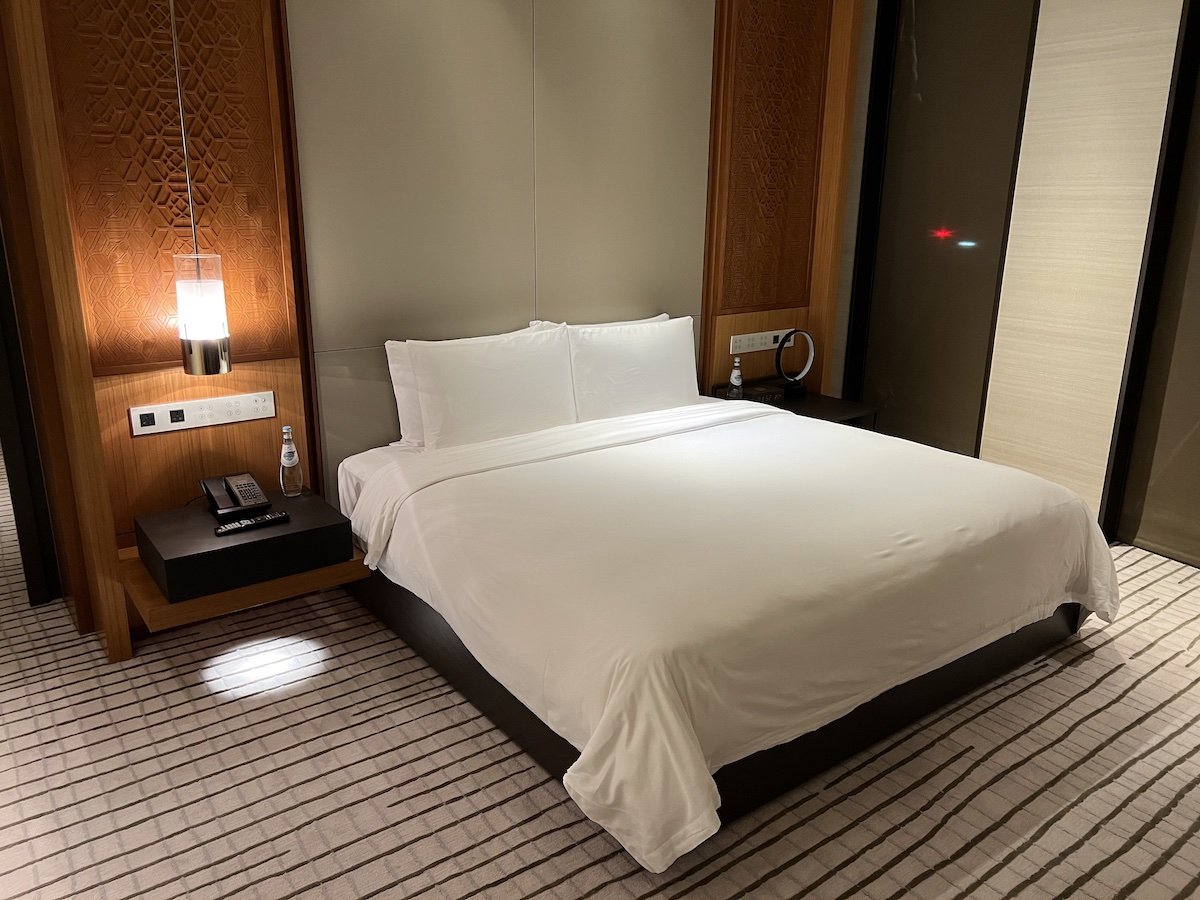 Park Hyatt Doha: a beautiful hotel where I will not return

Hyatt is the hotel group that I am most loyal to, as I find that as a member of World of Hyatt Globalist, I am treated well. Most important to me is that Hyatt is consistent and few hotels try to play “games” when it comes to benefits. “Most” doesn’t include the Park Hyatt Doha, however.

I wanted to stay at Park Hyatt Doha

I generally like Park Hyatts and always go out of my way to check them out when I’m staying in a city with one. The Park Hyatt Doha is one of the group’s newest properties, having only opened in December 2019.

But there is a reason I wanted to stay at this particular establishment. The hotel’s first general manager, Stefan Gaessler, seems like a great guy. He was universally loved, by both guests and employees. Just look at his participation in the FlyerTalk thread on the Park Hyatt Doha.

He answered virtually every question posed by potential guests in the thread and always told guests he’d love to meet them, show them around, and get their feedback. He urged people to contact him directly if they needed anything, and was particularly good at elite recognition.

Unfortunately for us, Stefan retired earlier this year after 33 years at Hyatt. There’s now a new general manager, and the reports I’ve seen so far suggest he’s not as pro-World of Hyatt as Stefan was. I was curious to see for myself if that was really the case.

Look, I’m a pretty passive guy these days, and too often I don’t even fight back, because I don’t like to argue. But sometimes I also think it’s important to defend yourself (hi, Aegon Mykonos!).

As an elite member, I try to have reasonable expectations. I don’t expect suite upgrades as a Hilton Honors Diamond member. If I travel to Hawaii as a Marriott Bonvoy Platinum member, I recognize that there are so many elites and I don’t expect an upgrade.

But at the Park Hyatt Doha, I don’t think I had the right to expect a suite upgrade subject to availability:

I called the hotel in advance

We booked our stay at the Park Hyatt Doha the same day through the Hyatt Privé program. About an hour after booking I noticed that we had been upgraded one category from a standard room to a deluxe room. Although the hotel has no obligation to upgrade further in advance, I decided to call the front desk:

My ridiculous 2am check-in experience

We ended up arriving at the hotel at 2am and were greeted by an exceptionally friendly front desk agent. The conversation went something like this (not an exact quote since I wasn’t recording, but it’s pretty close):

Agent: “We upgraded you to a King City View Deluxe.”
Me: “Thank you, do you have any Park Suites available?”
Agent: “We have already upgraded you one category to a deluxe room, as per the Hyatt Privé program.”
Me: “Thanks, but I think as a Globalist member I get upgraded to a standard suite subject to availability, and many of these suites are still available for sale?”
Agent: “Give me a moment to talk to my colleague and see what I can do.”

At this point, the assistant reservations manager came out and greeted me warmly. Let me point out that these two guys couldn’t have been friendlier, and I really felt like left to my own devices, I would have been proactively upgraded. The conversation went something like this after the initial greeting:

Manager: “Let me explain, you booked through Hyatt Privé, so you receive a one-category upgrade, and we have already upgraded you to a deluxe room. You also receive a $100 credit…”
Me: “Yeah, but I’m a Globalist member, and that should get me an upgrade right away, subject to availability.” Was my Globalist number not correctly associated with the booking? »
Manager: “I understand that you requested a suite, but it was not available at the time. We are very busy due to Eid. (Reminder: when I called earlier today, at least eight of the standard suites were on sale)
Me: “I find this a bit odd, because the Hyatt site was selling Park Suites all day, and when I looked on Expedia, I was able to book at least eight Park Suites for the duration of my stay, so I don’t know what’s going on here. Does the hotel sell rooms that are not available? »
Agent: “Let me see what I can do.”

There was a repeated emphasis on how I had received a one category upgrade, suggesting that was enough. So the main argument wasn’t even really that they went out of their way to upgrade me to a suite but it wasn’t available, more that I should be happy with a one category upgrade. Yet there was also no real push back when I said I think I should get a sequel subject to availability.

The agent did some typing and fairly quickly confirmed that a Park Suite was available. At that time, he said he had to do an inspection of the room first because the room had not been inspected. He also explained that the amenities would have to be moved from the other room we had been stuck in. How nice when this happens after 2am when it could have been completely avoided (especially since I told the hotel our arrival time and the agent I spoke with promised that every effort would be made to upgrade me to a suite, which obviously did not happen).

Again, he was super nice and courteous about the whole thing, and it seemed pretty clear to me that the hotel’s policy of not caring for elite members came from those higher up. He apologized as we had to wait, and were even asked if we wanted something to drink.

Of course, Eid is a major holiday in the Middle East, but that doesn’t necessarily mean hotels will be busy with overnight guests (rather than people heading to restaurants and bars). . How full is the Park Hyatt? Well, although I can’t say for sure, the hotel seems deserted to me. We sat at breakfast for two hours (9-11), and in total we saw a dozen people. For an hour there were only two other guests.

Didn’t see a single other guest in the lobby, despite walking through it several times. Maybe the hotel is busy compared to its normally very low occupancy, but I would be surprised if this hotel was over 25% full and I would be shocked if it was over 50% full.

The other point I want to make is that I don’t go to hotels looking for fights. It happens maybe a few times a year, and too often, I’m probably passive. But in a case like this, where it was so obvious that management was just playing games, I felt like trying to sue was the right thing:

At the end of the line

The vast majority of the time, Hyatts take great care of me, which is why I’m loyal to the brand. Unfortunately, the Park Hyatt Doha is an exception, and it was probably the most obvious example I’ve seen of a Hyatt trying to refuse an upgrade in a very long time.

I would not return to the Park Hyatt Doha under current management unless I know something has changed. It has nothing to do with a sequel upgrade as such, but rather because I feel unwelcome when I have to beg and nag in order to get what should be offered so proactive.

I hope Hyatt Corporate can provide additional training for the current management team at this property.

How would you have handled this situation?