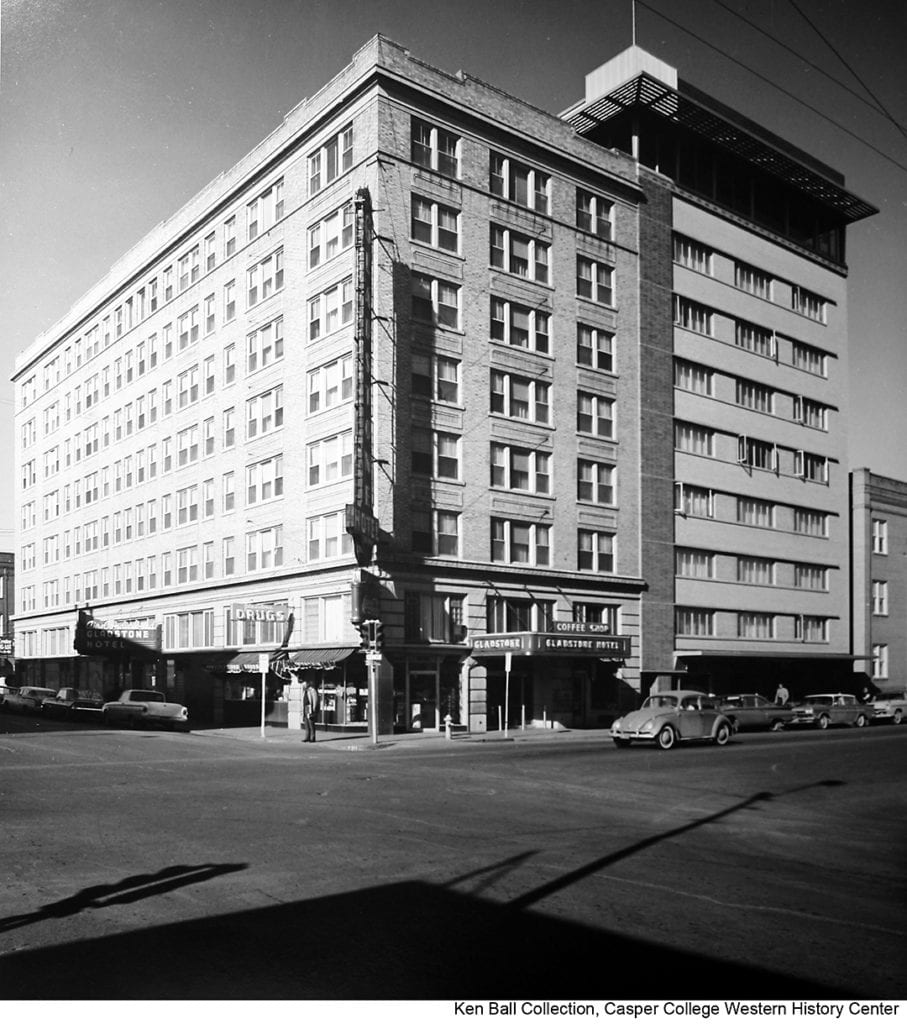 (PHOTOS) Backstory: The tower of the Gladstone Hotel in downtown Casper had a grand past and faces an unknown future

CASPER, Wyo. – The nine-story concrete tower of First and Center Street in downtown Casper had remained in the spotlight for decades until a proposal to convert the building into affordable transitional housing was recently put forward by the municipal Council.

The plan proposed by real estate agent and local investor Erin Marquez involved securing a block community development grant of $ 500,000 for a project she estimated to cost $ 4.5 million to complete.

The ambitious proposal would have involved major structural improvements and was ultimately rejected by the board.

The article continues below …

What is going on next to the building, which is on sale, anyone guesses.

When it was first completed in 1954, however, it was touted as the hottest new attraction in a bustling city center.

The tower was built as a modern addition to the sleek Gladstone built in 1922, which stood among two other large downtown hotels and a handful of smaller ones in the centralized area.

To stand out, the owners built a glass-walled restaurant and nightclub on the top floor, offering stunning views of the city and Casper Mountain.

When it first opened, a four-page advertising supplement to the Sunday, October 17, 1954 edition of the Casper Tribune-Herald & Star promised an exciting new era for downtown entertainment.

â€œThe New Sky Room gives you the ultimate in food, drink and entertainment,â€ the article boasts.

The good times did not last long, however. By the mid-1960s, the nightlife action was moving to new places in the city. When the 300-room Ramada Inn resort opened near the new Interstate 25, large downtown Casper hotels struggled and deteriorated.

Of the original downtown historic hotels, only the Townsend Hotel survives, now converted to the Townsend Justice Center after years of neglect.

The original Gladstone Hotel was demolished in 1970, leaving the relatively recent addition awkwardly transformed into a free-standing office building. The Sky Room has survived several incarnations, the last being a nightclub before it closed for good in the early 1980s. Parts of the original Sky Room interior still survived in 2018.

Inside, the mid-century tiled bathrooms and hotel amenities survive to this day. The elevator is out of code, as are most building systems.

An effort to revive the building and its once spectacular Sky Room on the top floor in 2018 also failed, leaving a fascinating piece of downtown Casper’s history at rest, biding its time to shine again.