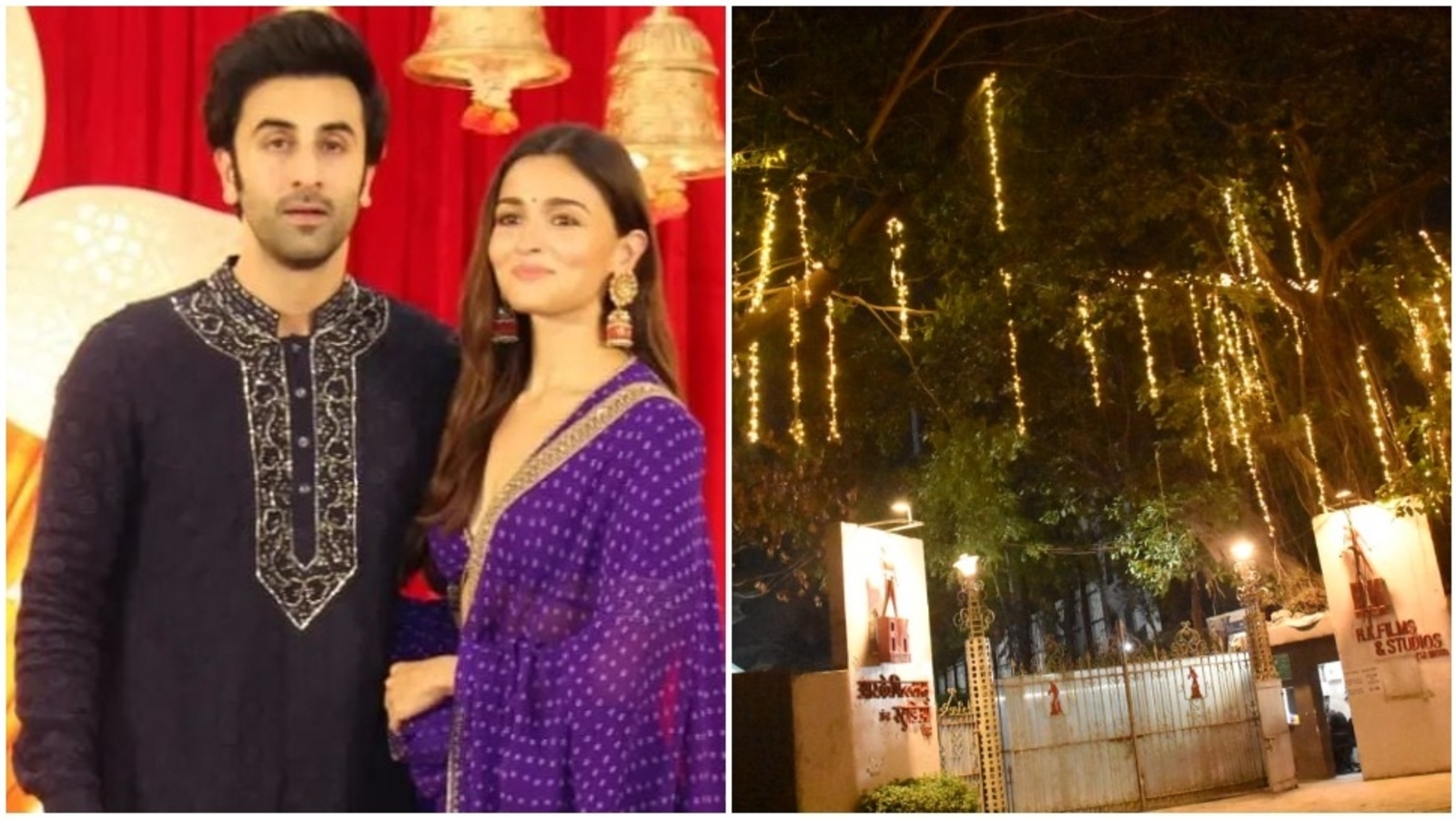 Ranbir Kapoor and Alia Bhatt’s wedding: The entrance to the RK studio lit up ahead of the upcoming celebrations. Watch | Bollywood

As reports of actor couple Ranbir Kapoor and Alia Bhatt’s wedding circulate, the Kapoor family’s RK studios have been lit up. In a video shared by a paparazzo account on Instagram, the door was seen illuminated. (Also read | Ranbir Kapoor’s house decorated ahead of wedding to Alia Bhatt, fans want confirmation: ‘We won’t be allowed anyway’)

The trees around the complex were also decorated with lights. Many photos of the studio, located in Chembur in Mumbai, have also made the rounds on social networks.

Reacting to the clip, one fan said, “The best superstars of this generation are getting married!!!! Could it get any more iconic than that?” Another person said, “So beautiful.” Another fan also said, “I can’t wait.”

Earlier on Sunday, Ranbir Kapoor’s new house under construction in Bandra was also adorned with fairy lights. Several videos of Krishna Raj’s bungalow, currently under construction, showed workers decorating the bungalow with LED string lights. Ranbir, Alia and Neetu Kapoor have visited the site several times in the past to check on construction progress.

Although the couple have been tight-lipped about their wedding date, it has been reported that it will be a 4-day affair at the RK house from April 13. According to reports, the couple will hold a grand reception at the luxury Taj Mahal Palace hotel in Mumbai on April 17.

Ranbir and Alia fell in love while filming their upcoming film Brahmastra. The duo made their first appearance as a couple at Sonam Kapoor’s wedding reception in 2018. The couple opened up about their relationship – sharing photos from several vacations together and visiting each other’s homes for family gatherings at many times.

Alia and Ranbir will appear on screen together for the first time in Ayan Mukerji’s Brahmastra. The film will be released on September 9 this year. The film also stars Amitabh Bachchan, Nagarjuna Akkineni, Mouni Roy.

Jim Voth: Digital transformation will continue despite the slowdown