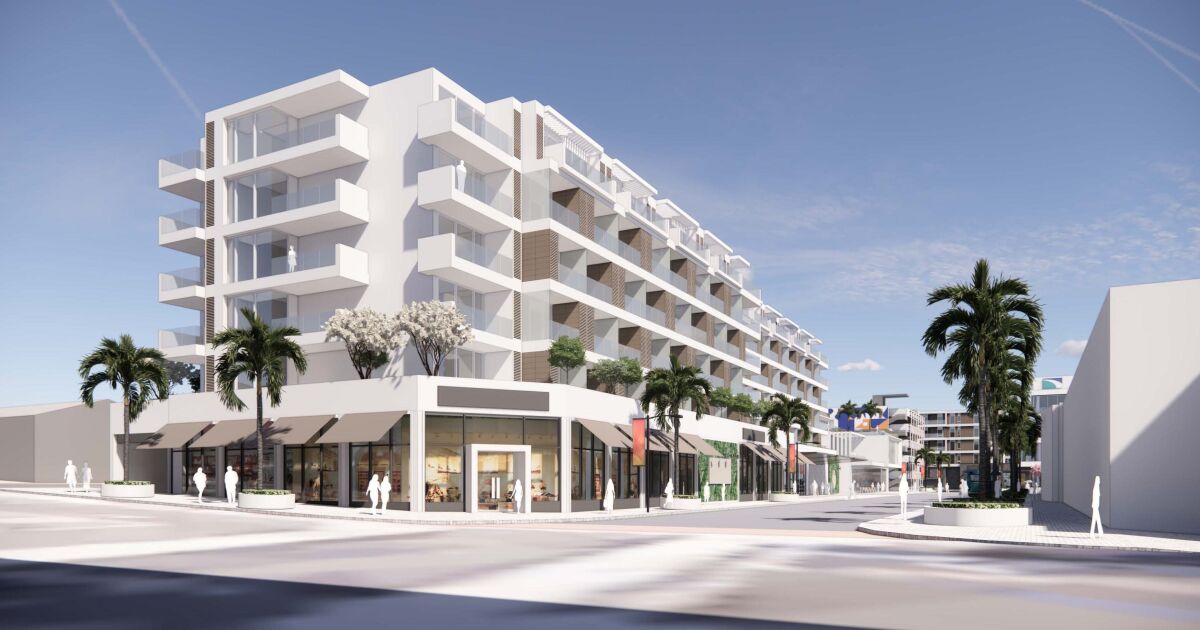 Preliminary plans for the redevelopment of the 10.2-acre Oceanside Transit Center with a large hotel, hundreds of apartments, retail stores and offices have been submitted to Oceanside’s planning department.

The NCTD Board of Directors voted unanimously in October 2020 to award an exclusive negotiation agreement to Toll Brothers, Inc., one of four companies that submitted proposals for the project. The other three were Holland Partner Group, National Community Renaissance (CORE) and Rhodes Moores, LLC.

The plan submitted to the city includes a parking structure with more than 1,798 spaces for residents and the various other uses on the property, Dmohowski said. The existing parking structure on the north side of the transit center would be retained.

A 140-room boutique hotel would also be part of the project, Foster said.

“The proximity of these units to public transit, along with new retail and office space on site, will encourage transit use and increase ridership for NCTD and our partners operating in ( Oceanside Transit Center),” Foster said in her letter to the board.

“The reduced reliance on the automobile made possible by this transit-oriented development will in turn support economic growth, reduce greenhouse gas emissions and reduce traffic congestion in the community,” said Foster.

Along with the development of the Transit Center, Toll Brothers requested the construction of 200 market-priced apartments and 30 affordable units in a second location which is now the NCTD headquarters on Mission Avenue. NCTD plans to move its headquarters to the new Transit Center offices.

The long-term lease of the agency’s property to developers will also provide a stable income separate from grant money, tariff revenue and other sources on which it depends.

“Through these projects, NCTD will generate a steady stream of revenue over 99 years, which will reduce the potential impacts of fluctuating economic conditions on NCTD’s ability to maintain routine operations,” Foster said.

Details of the project will be presented at a community meeting Sept. 17 at the Civic Center Branch Library on North Coast Road.

Toll Brothers’ original proposal called for only market-priced apartments to be built in the transit center and only affordable housing in the Mission Avenue building.

“It seems like a better approach to mix it up a bit,” Foster said in a phone interview Thursday.

The Oceanside project is just one of many developments NCTD is pursuing on properties it owns in towns through which its rail lines pass.

Solana Beach has worked with the agency for decades to finalize plans for a mixed-use project at the Solana Beach Transit Center, known for its distinctive quonset-hut station. An Environmental Impact Report was completed in 2006 for a project that the Solana Beach City Council rejected in 2008. A new proposal was unveiled in 2015, but construction has yet to begin.

“We are still working with the City of Solana Beach, trying to broker a deal,” Foster said Thursday. “We are getting closer and hope to have something in the near future.”

A deal is also close to redevelop the Village and Poinsettia Coaster stations in Carlsbad, she said. The agency is evaluating mixed-use development proposals for the Carlsbad sites and will make a recommendation to the board of directors in the coming months.

NCTD is also preparing a request for proposals to develop the 12.8 acres the agency owns at the Escondido Transit Center, Foster said. This project could be the subject of a call for tenders in October.