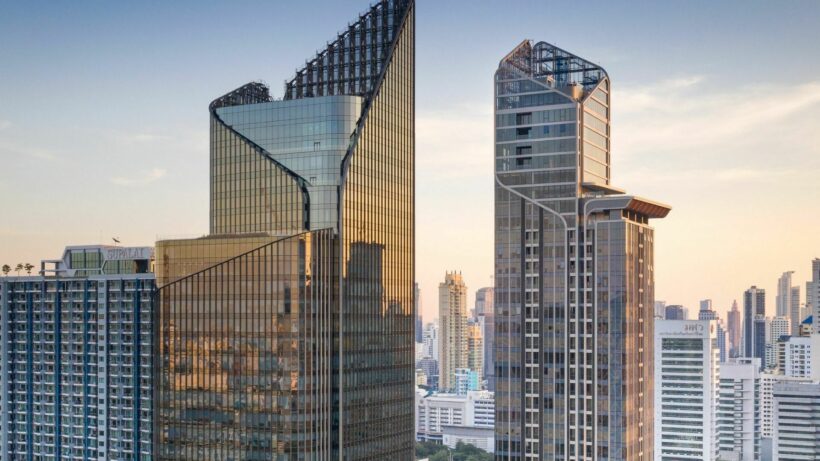 Singha Estate to invest 11 billion baht in projects in 2022, targets hotels and offices

Thai property giant Singha Estate has said it wants to invest 11 billion baht in new and ongoing projects in 2022, aiming for a 73% increase in revenue – as soon as global tourism improves.

Of this, some 4 billion baht will be earmarked for new plots of land for low-rise developments aimed at the high end of the market, as the company expects to improve its net profit by at least 10% this year, said the company’s chief financial officer, Chairath Sivapornpan…

“We are going to launch three new projects this year, all low-rise houses. For the condo sector, we will focus on existing projects and wait for the return of foreign tourists in the second half of this year to boost sales. »

One of the new projects is planned for Phatthanakan Soi 32 in Bangkok and consists of 32 individual residences worth 50 and 100 million baht each, as well as four home office units worth 20 million baht each. The overall value of the deal is 2.8 billion baht.

Singha also announced that he would invest 275 million baht in a company owned by his main investor Santi Bhirombhakdi for about 13 rai (20,800 square meters) of land on Sukhumvit Soi 44 in Si Racha district, Chon Buri.

Meanwhile, Singha Estate intends to sell two office spaces in the third quarter – Metropolis at Sukhumvit Soi 41 and Singha Complex at Asok Road – as well as retail space at Sun Tower in the Chatuchak district.

The potential buyer is said to be S Prime Growth Leasehold Real Estate Investment Trust, with a lease agreement worth around 6.45 billion baht. The company aims to generate some 13.4 billion baht in total revenue by the end of the year, a 73% increase from 2021.

Singha Estate expects the international hospitality industry to be a key contributor to its expected financial success this year, providing approximately 63% of its total revenue, an increase of 5% from 58% last year.

The company says its hotels in five countries have been recovering since the second half of 2021 and expects the momentum to continue this year as countries in South Asia further ease their pandemic travel restrictions. . By January, 36 of the company’s 38 hotels had reopened, the Bangkok Post reported.