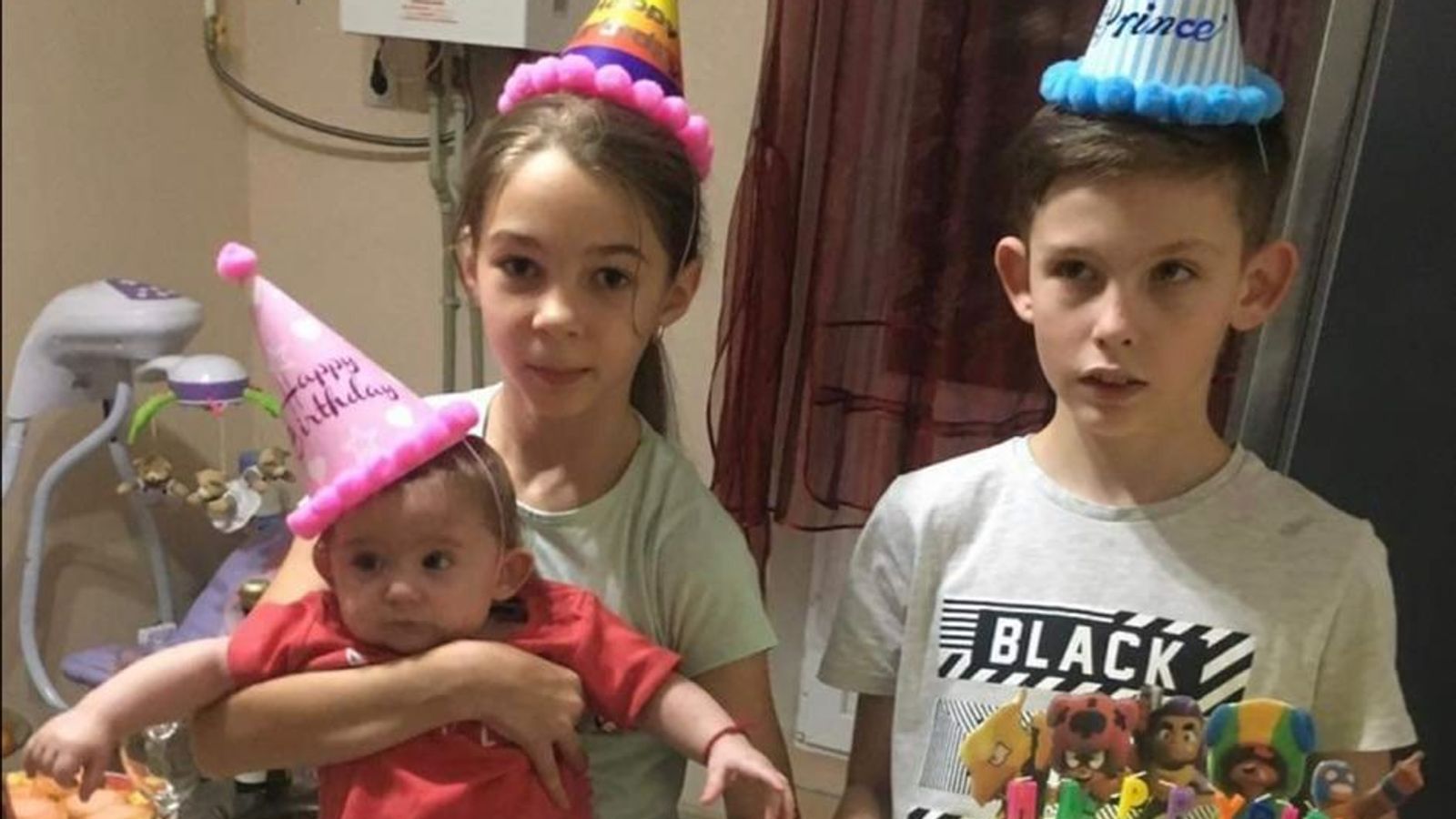 “I’m a patriot,” says Tony Kearne. “I just thought it was my opportunity to step in and help traumatized people.”

“I’m too old to fight,” adds the 59-year-old. “So I want to do what’s best and help women and children who are in danger, while their husbands are fighting.”

Tony and his girlfriend jumped at the chance to help Ukrainian refugees, enrolling in the government’s sponsorship program to host a family whenever they could.

They were paired with Kateryna Omnurfryk and her mother Natalya Omnurfryk, along with three young children.

But the beds Tony prepared weeks ago are still empty as he waits for the Home Office to grant visas to the Omnurfryk family.

Tony had submitted the visa applications for the Omnurfryks himself, but 40 days later only four of the five visas had been granted, meaning the family remained stuck in Poland.

“Four visas have been approved but not the fifth, which of course traps them because they can only travel with family,” he says.

In the meantime, the Omnurfryks are strapped for money waiting for the Home Office to issue the final visa.

Tony has now spent over £2,500 providing them with accommodation and basic necessities such as food and nappies.

Tony says Kateryna has “never, ever asked for money”, but without financial support their only option is to “go back to Ukraine”.

He says he’s happy to shell out the money if it means getting his sponsored family to the UK safely – but he can’t forgive the government for the delays.

“The slowness, the bureaucracy, the speed bumps and the lack of communication. I stepped up, but now I feel stitched up by the government,” says Tony.

These are sentiments shared by Derek Atkins who sponsors Zoryana Fesyk and her three children aged 11, 13 and 17, and who applied for sponsorship on March 29.

“When we started this journey, I was very happy to support this family,” says Derek. “But I’ll be honest, I didn’t think it would cost £2,500.”

Derek says that with the help of family and friends, he got his house ready for his new guests over a month ago.

“But instead of this family being there, we had to spend £2,500 on hotels and hostels in Warsaw.”

He says he spent weeks emailing and calling “every helpline we could think of”, but says the whole system has been an “absolute disgrace”.

“I’m so convinced that this government has been a total disgrace with all of this. And I speak for hundreds of people,” Derek said.

Enver Solomon, CEO of The Refugee Council, said the current visa system was “not fit for purpose”.

‘I think it’s appalling that the British public have had to dip into their pockets to pay people because they couldn’t get to the UK quickly.

He says he thinks the government has relied heavily on the goodwill of the British public, eager to open “their hearts and homes” to Ukrainians fleeing the war.

But says the government has failed to provide easy, safe and quick routes for Ukrainians to get to the UK.

A Home Office spokesperson told Sky News: ‘The British public have been very generous in welcoming thousands of Ukrainians into their homes, and sponsoring households will receive a thank you payment of £350 per month. for accommodation. It is not expected that people would have to pay for hotel rooms to accommodate Ukrainians.

“So far over 95,000 visas have been granted by the Home Office, with over 37,000 Ukrainians arriving safely in the UK, and thanks to changes to streamline the service, we are now processing thousands of visas per day.”