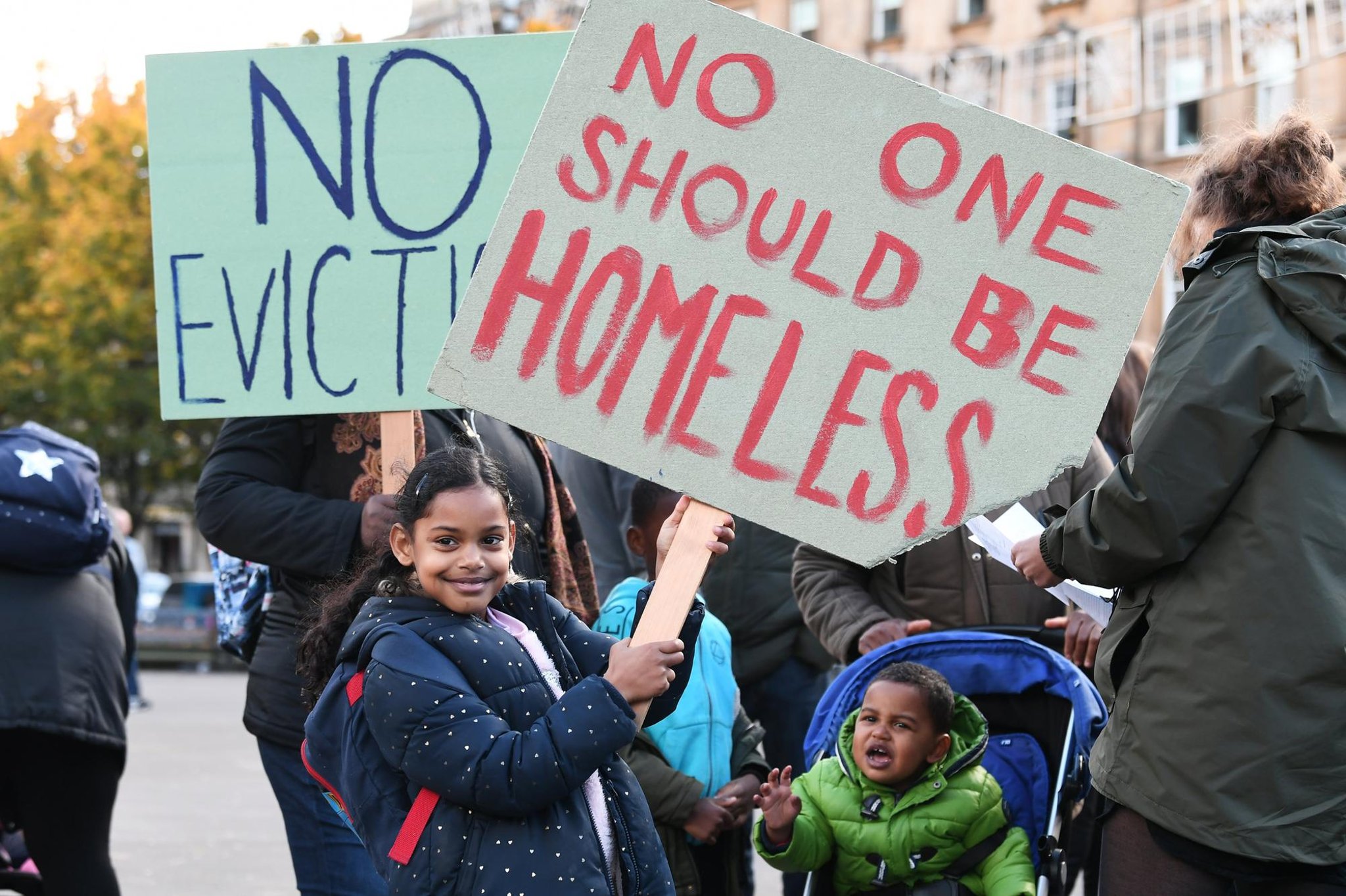 By Rachel M. Phillips Last updated Nov 27, 2021
Share
Demonstrations were held in Glasgow this summer against the evictions of asylum seekers in the city following a change in the housing contract. PIC: John Devlin.

The reality of how many of these people have arrived in Glasgow is complex, even beyond the many reasons someone may be forced to flee their home.

The majority of asylum seekers are dispersed by the Home Office in the UK. Most people have their asylum claims registered in the south-east of England and are then sent to accommodation run by large private companies in towns and villages across the UK, including Glasgow, which has hosted an average of 10% of the UK asylum population over the past 20 years.

Register now to our Opinion newsletter

Register now to our Opinion newsletter

People have no control over where they are housed, and local authorities receive little or no money from the Home Office.

Dispersion to Glasgow was halted due to accommodation pressures. But that doesn’t mean those seeking protection aren’t in Glasgow and need help. Spontaneous arrivals, a term used to describe people who apply for asylum in Glasgow or Scotland without having been dispersed from England, still occur. These people are not left without the support or help of Glasgow and Scotland. It is important to note that only formal dispersion has been suspended.

But as long as that support is there, the truth is that there are gaps in support at almost every point of the asylum system. We have to see a meaningful investment in people.

More and more people are being accommodated in what we call institutional housing by the Home Office, like hotel rooms. Using hotel rooms, or even military barracks, can have devastating consequences on a person’s mental health and their chances of settling in their new community.

Sabir Zazai, Managing Director of the Scottish Refugee Council, says we need an asylum system that truly invests in people. PIC: I. Tajik.

Those seeking protection should be accommodated in apartments or houses within communities where meaningful integration can occur naturally. It’s much easier to fit into a community when you have the chance to meet people at the corner store, school or library.

Leaving people isolated in hotel rooms for an indefinite period is bad for the local authority, the community and, above all, can have devastating consequences for the person seeking to protect themselves.

It is worrying that this move to institutional accommodation is part of the UK government’s plan to make our asylum system work. Their Nationality and Borders Bill, what we call the Anti-Refugee Bill, is currently under consideration in the UK Parliament. It proposes to detain people seeking protection in “reception centers” where they will be isolated from communities and unable to establish lasting links in their new homes.

The anti-refugee bill will also criminalize people who have arrived in the UK to seek asylum without prior permission. This violates the United Nations Refugee Convention which recognizes that it is impossible for a person to obtain the “correct” documents to apply for asylum before arriving in a safe country.

The bill will create a two tier refugee system and discriminate between the very small number of people who can access organized programs like a resettlement program and the vast majority of people who are forced to seek protection by the government. way they can. We must stand together and reject this cruel and inhumane bill.

It means a rights-based integration process that begins on day one to help people successfully settle into their new homes. This process should include language programs, employability and well-being support, and help access cultural and community events in their area.

Welcoming people in search of protection in a territory enriches a community. In recent years, we’ve seen so many moving success stories across Scotland, from Syrians opening bakeries on Scottish Isles to popular Nova Scotian-led art projects in our largest cities.

But successful integration doesn’t happen overnight. It is a two-way process that requires appropriate resources and the support of national and local governments. We need to see real action and leadership at all levels.

We need to see real and meaningful engagement with these issues at a higher level of government, in Westminster and Holyrood. It is not enough for politicians and policy makers to make statements when tragedies occur.

Condolences are not enough. We need continued concrete action to build an asylum system we can all be proud of.

The eyes of the world were on Glasgow this month as it hosted complex negotiations at COP26. Scotland could once again be a key player, and potentially a leader, in the global issue of refugee protection. It is up to all of us – voluntary organizations, local authorities and national government – to act now to show the world that Scotland welcomes refugees.

Sabir Zazai is the Managing Director of the Scottish Refugee Council.

A message from the editor: Thanks for reading this article. We depend on your support more than ever, as the change in consumption habits caused by the coronavirus is having an impact on our advertisers.

If you haven’t already, consider supporting our trusted and verified journalism by purchasing a digital subscription.